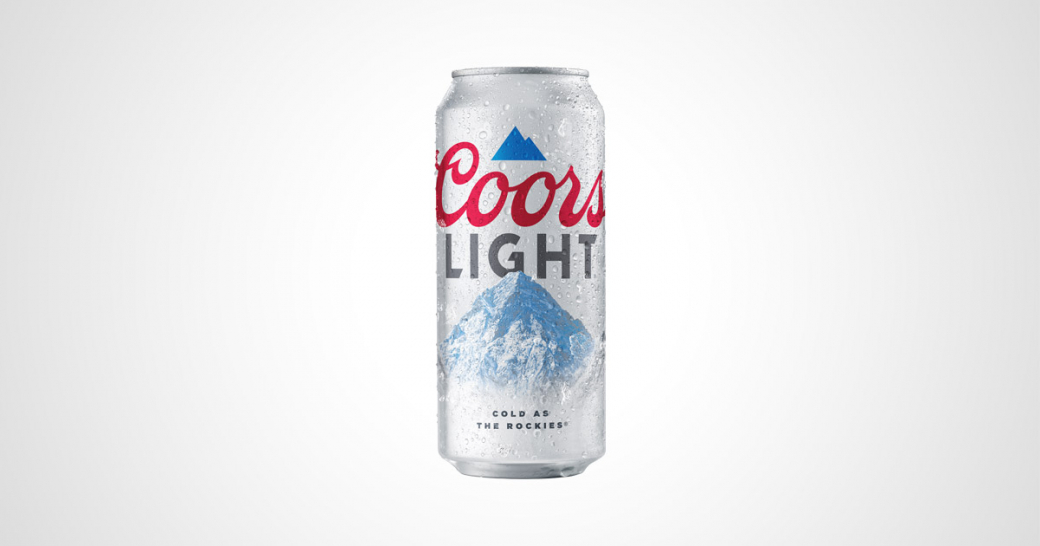 In celebration of National American Beer Day, Coors Light, the beer made to chill, is announcing a nationwide Chill Harder Pays Harder program to give back to its strong rural fanbase. At a time when inflation is on the rise, Coors Light wants to put some of its advertising budget into the pockets of its fans who don’t mind a little hard work. Instead of buying traditional ads, Coors Light will pay its biggest fans to create and showcase the brand’s Chill Harder logo.

How does it work? Coors Light will pay more than 5,000 drinkers to do its local advertising, so carve the Chill Harder logo into a pumpkin, draw it on the back of a coaster, or paint it on your beloved tractor and then post it on Instagram or Twitter tagging @CoorsLight with #ChillHarder and #Contest.* The bigger the logo, the bigger the potential payout.

Only one person will be paid $50,000 and named the first-ever Chill Harder Champ for creating the largest and most creative Chill Harder logo – with their work featured on a billboard in their hometown.

“We know times are tough for everyone, we want to put our money into the hands of real Coors Light fans,” said Marcelo Pascoa, Vice President of Marketing for the Coors Family of Brands. “Chill Harder is all about working for your chill, and we want to reward our fans who put in the work. The Chill Harder Champ will get a big payout and become a hometown hero with their work displayed on a billboard in their community.” 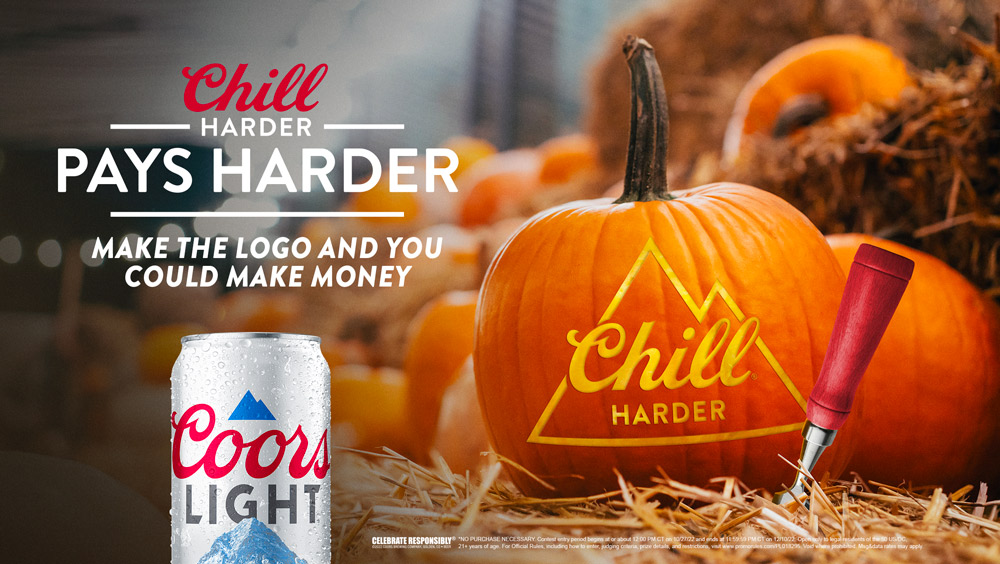 The bigger, bolder, and more creative, the better. Coors Light will invest in the winner’s local community by featuring them on the local billboard.

Chill Harder is a spin on the Made to Chill campaign that’s built to connect with its passionate fans in small towns across America. Coors Light recognizes that the way some fans chill is by getting their hands dirty. They put in hard work for greater moments of chill. So, in celebration of National American Beer Day, Coors Light wants to invest in these fans who Chill Harder instead of using its marketing budget for traditional advertising.

To show how the Chill Harder logo comes to life, Coors Light partnered with rural influencers, photographers, woodworkers, and outdoor enthusiasts to create examples of the Chill Harder logo. You can see their work featured on www.coorslight.com/chillharderpaysharder, and on @coorslight on Instagram & Twitter.

Entries can be submitted since National American Beer Day (10/27/2022), through 12/10/2022. The Chill Harder Champ will be chosen based on a variety of factors, such as size of their Chill Harder logo, creativity, permanence and relevance to the program. For more information and official rules, be sure to visit www.coorslight.com/chillharderpaysharder.

*NO PURCHASE NECESSARY. Contest entry period begins at or about 12:00 PM CT on 10/27/22 and ends at 11:59:59 PM CT on 12/10/22. Open only to legal residents of the 50 US/DC who are 21 years or older. Click Here for Official Rules, including how to enter, judging criteria, prize details, and restrictions. Void where prohibited. Msg&data rates may apply.

For over two centuries Molson Coors has been brewing beverages that unite people for all of life’s moments. From Coors Light, Miller Lite, Molson Canadian, Carling, and Staropramen to Coors Banquet, Blue Moon Belgian White, Saint Archer Gold, Leinenkugel’s Summer Shandy, Creemore Springs and more, Molson Coors produces some of the most beloved and iconic beer brands ever made. While the company’s history is rooted in beer, Molson Coors offers a modern portfolio that expands beyond the beer aisle with sparkling cocktails, canned wine, kombucha, cider and more.