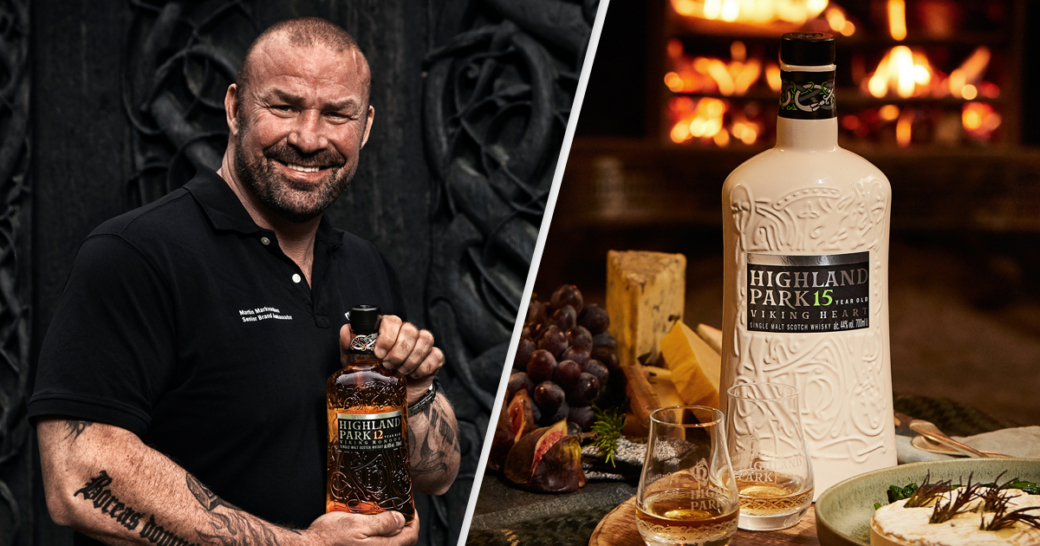 Highland Park Distillery is the northernmost whisky distillery in Scotland. It is located on the Orkney Islands – where the climate is harsh and wild. These characteristics also flow into the whiskey and give it, coupled with over 200 years of history, its “Viking Soul”. By the way, you might also think of a Viking when you see Martin Markvardsen for the first time: The Senior Global Brand Ambassador probably fits the single-malt whisky brand like no other. For him, working at Highland Park is not just a job, but rather a vocation.

about-drinks spoke with Martin Markvardsen about his path to Highland Park, the significance of the brand and its special features, and the new 15-year-old Highland Park Viking Heart.

Your path to whisky and highland Park has been a very interesting one. You had nothing to do with whisky in your previous career …

Martin Markvardsen: My job before I began working full time with whisky was in the Danish navy as a military police soldier, and besides that I was boxing. 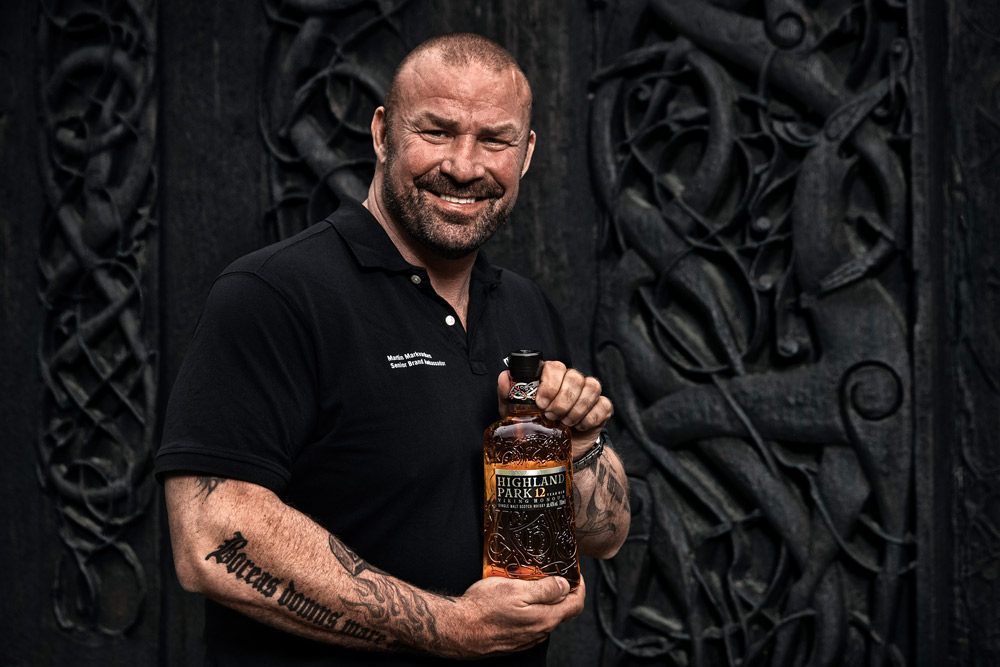 How did you get from boxing into the spirits industry?

Martin Markvardsen: Haha, well it took some years, but I think there’s a link. In both, boxing and the whisky industry, you have to work hard and have the right skills.

I think I learned while boxing, that success doesn’t come without hard work and dedication. I’m 100% dedicated to Highland Park, and it’s been great, but really hard work to get where I am today.

For your whisky knowledge you have visited (almost) every distillery in Scotland. Why?

Martin Markvardsen: Well, some of the new ones I haven’t had time to visit yet, but I think it is important to see and learn as much as I can. There will always be small differences in production and equipment, it gives a good insight in what others do and why their whisky tastes the way it does.

I love the industry and love talking to my colleagues from other distilleries. There will ALWAYS be things to learn. 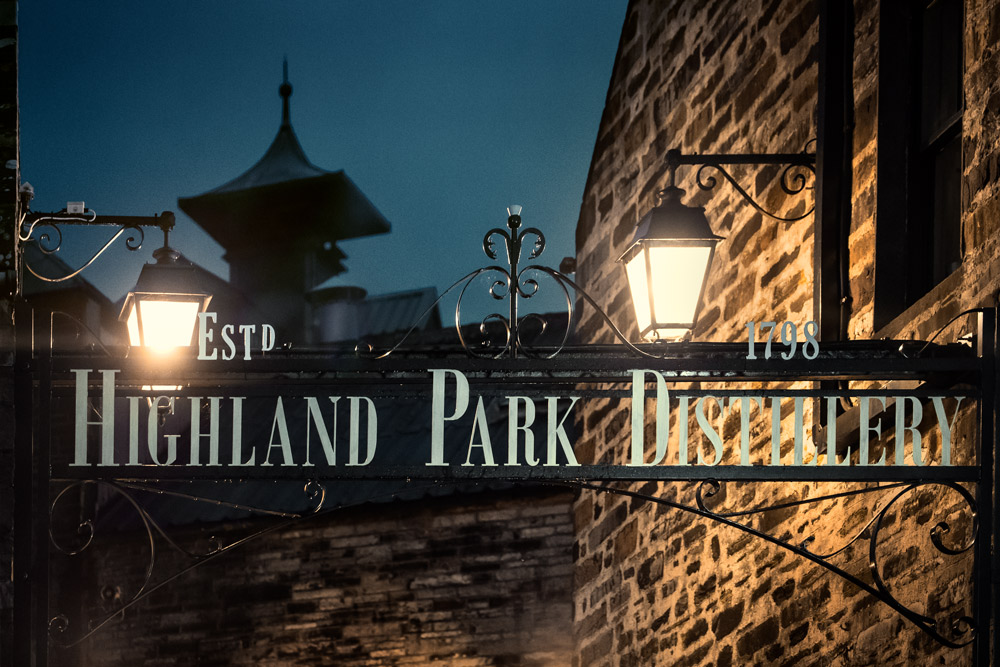 You have also worked for some of the distilleries. What were your stations before Highland Park?

Martin Markvardsen: Some people from Edrington Group (owner of Macallan and Highland Park) came to Craigellachie Hotel and participated in a whisky dinner I hosted.

I had no idea who they were or where they came from but told them quite a lot about Highland Park and also mentioned more than once that it was my favourite malt… I must have done well as they contacted me later and ask me to work for them. 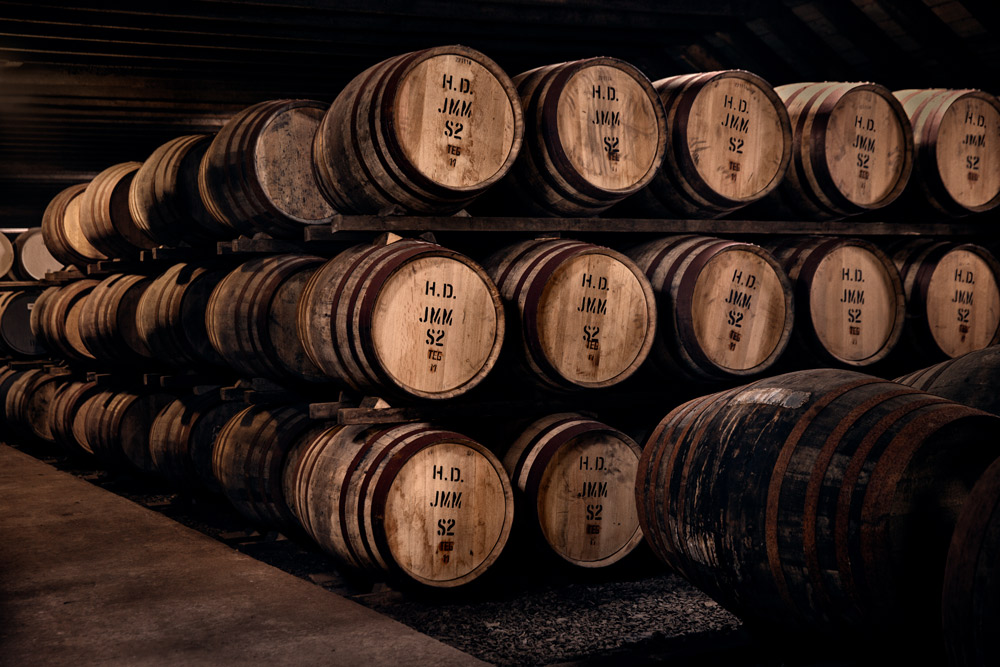 What does the brand mean to you? What makes it special?

Martin Markvardsen: Highland Park means everything to me. The Location, the people and the whisky. That combination makes it special. Orkney is my second home; I feel at home there. The team at the distillery and at our office in Glasgow is special. Absolutely some of the best people I have ever met. I look up to each and every one of them, as they are so much more than friends and colleagues … they are family.

The whisky for me has always been unique, all the way from production to the final drop in the bottle. The gentle peat is amazing and the malty, fruity, honey notes are very special to me. Just talking about it gives me goosebumps, I’m very proud of being part of such a great whisky.

Martin Markvardsen: The sign on the gate says that Highland Park was established in 1798. The founder was Magnus Eunson, who had set up an illicit still in a stone bothy (small house) in an area known as High Park. Magnus Eunson was a local church officer who on occasion had escaped the attentions of the excisemen by hiding the whisky he produced under his pulpit or, according to one story, using barrels covered by a cloth to support a coffin which he claimed held the body of someone who had died of smallpox to deter searchers.

It is unclear how long this went on for, but in 1798 Magnus Eunson went legal and paid the first duty on the spirit he produced. Highland Park Distillery itself formally obtained a licence in 1826, following changes in legislation three years earlier (the wash act).

Highland Park is the northernmost Scottish distillery in the world, located on the Orkney Islands off the north-eastern coast of Scotland, where the Atlantic Ocean meets the North Sea. The distillery is located just on the edge of the main city in Orkney called Kirkwall. 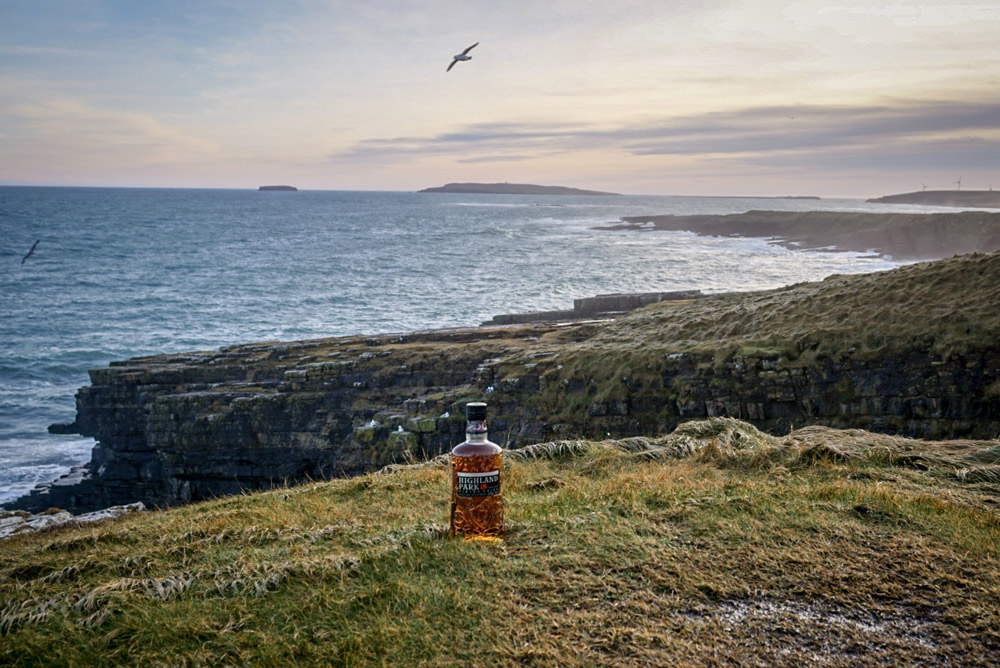 How many varieties does Highland Park have in its portfolio?

Most recently, the 15 year old Viking Heart was launched. How is it made?

What are the tasting notes of the whisky?

Martin Markvardsen: There is lots of aroma from tropical fruits, honey and delicate peat. On the palate there’s Vanilla, crème brûlée, pineapple, honey, sweetness and slight touch of peat.

What’s the deal with the name?

Martin Markvardsen: Viking Heart refers to the heart on the back of the bottle, but also to the people in Orkney, that still have some Viking soul in their DNA.

Where does the design of the bottle come from?

Martin Markvardsen: A century or two ago and our whisky would have been stored in earthenware vessels rather than glass bottles. We asked Wade Ceramics (coincidentally established in the UK two centuries ago) if they could create a modern version for us.

The bottle is glazed which makes it non-porous, similar to glass, it is completely sealed inside and outside. Embossed with the same lion and serpent design we use in many of our glass bottles, it’s the heart emblem on the back that inspired our new 15 Year Old’s name.

What is your favourite way to drink Highland Park Viking Heart?

Martin Markvardsen: I love to drink it as it is, straight. If it is as a refreshment, I love it with a drop or two of water …

+++ We would like to thank Martin Markvardsen for the open and very interesting interview and wish him continued success! If you also have an interesting brand, then we should talk. Just send us an email with the subject “about-drinks interview” to redaktion@about-drinks.com – we look forward to hearing from you! +++