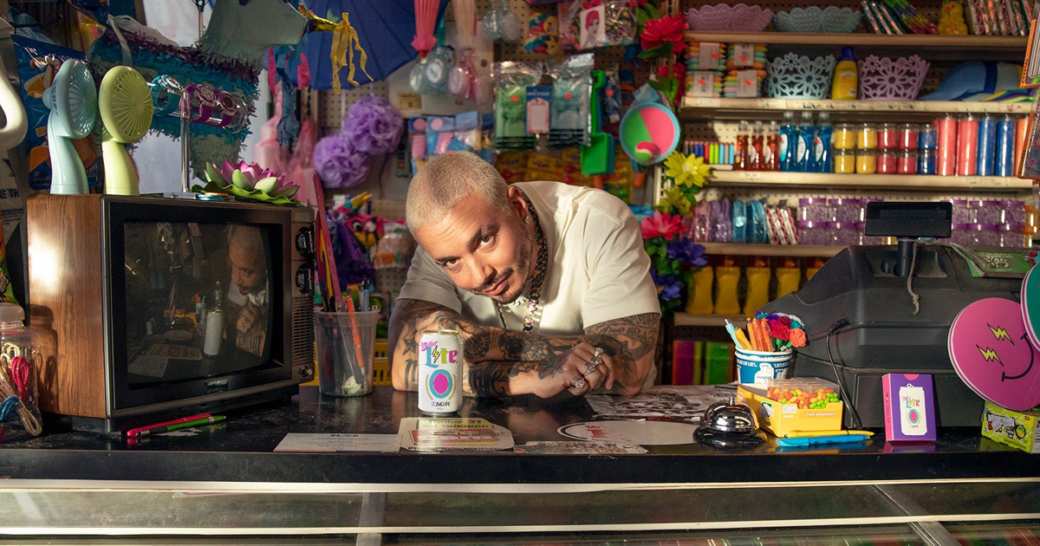 Today, Miller Lite and Jose Alvaro Osorio Balvin (a.k.a. J Balvin) are announcing “Es Jose Time,” a partnership and campaign featuring Jose’s take on Miller Time. The campaign peeks behind the curtain of J Balvin’s on-stage persona and shows what he is like when he’s simply being Jose: the man who values time with his family and close friends over everything else.

To kick off the campaign, J Balvin and Miller Lite will surprise fans with vibrant, limited-edition cans with a collaborative design that feature his signature lightning bolt and neon aesthetic, as well as future merch drops and unexpected experiences with his gente, those who come as they are.

“What I love about my partnership with Miller Lite is how we are showing my human side,” said Balvin. “At the end of the day, I’m Jose, a guy who loves spending time with his close friends, and ‘Es Jose Time’ shows just that. I’m proud to be working with a legendary beer like Miller Lite and I appreciate that they embrace me for who I am. Plus, I think it’s beautiful to see my name on the can.”

Miller Lite and J Balvin gave a New York neighborhood a sneak peek of the “Es Jose Time” campaign last week. They took over a traditional bodega and immersed unsuspecting shoppers into J Balvin’s version of Miller Time. Attendees were able to have a beer with J Balvin and get a first look of the hyper-limited-edition cans that J Balvin and Miller Lite designed together. Check out people’s reaction here.

Today fans from select states have a chance to win* one of the highly covetable cans (and other Es Jose Time swag) at EsJoseTime.com. Because Miller Lite and J Balvin also want to make an impact in the community through Es Jose Time, Miller Lite will help support bodegas, corner stores, and other similar Latino-owned businesses with a $50,000 donation for Accion Opportunity Fund. The nonprofit provides affordable capital, educational resources, coaching, and networks to small business owners and advances racial, gender, and economic justice for all.

“Whether he is J Balvin on stage or Jose with his friends, there is no one more authentic and true to themselves than Jose. It made perfect sense to partner with him to imagine his version of Miller Time,” said Sofia Colucci, Vice President, Miller Family of Brands. “So many people look up to Jose because of how he chooses to live authentically. Just like Jose, we hope this campaign inspires everyone to experience their own version of Miller Time.”

Over the next couple of months, J Balvin and Miller Lite will continue to emphasize the importance of spending quality time with your family and friends through TV spots, social content, and more ‘Es Jose Time’ surprises to come.

Miller Brewing Company was founded in 1855 by Frederick J. Miller when he purchased the Plank Road Brewery in Milwaukee, a city he chose as the best place for a brewery given its access to great water. Miller Lite, the original great-tasting light pilsner beer, (MillerLite.com, Facebook.com/MillerLite, @MillerLite on Twitter, YouTube.com/MillerLite) was introduced nationally in 1975 and is among the top-five selling beers in the United States. The brewery’s oldest enduring beer is Miller High Life (MillerHighLife.com, Facebook.com/MillerHighLife, @MillerHighLife on Twitter). Known as the Champagne of Beers, it was introduced in 1903 and still is brewed with the same yeast strain that Miller carried in his pocket from Germany. Miller Genuine Draft (MGD.com, Facebook.com/MillerGenuineDraft, @Miller_Global on Twitter), introduced in 1986, is the original cold-filtered, packaged draft beer. Miller Brewing Company is part of the North America business unit of Molson Coors Beverage Company. Learn more at MolsonCoors.com, at Facebook.com/Molsoncoors or Instagram and Twitter through @MolsonCoors.

Accion Opportunity Fund works to create an inclusive, healthy financial system that supports the nation’s small business owners by connecting entrepreneurs to affordable capital, educational resources, coaching, and networks. Through innovative partnerships and outreach strategies, we reach entrepreneurs of color, low-income entrepreneurs, and women, who often lack access to the financial services they need to build and grow their businesses.