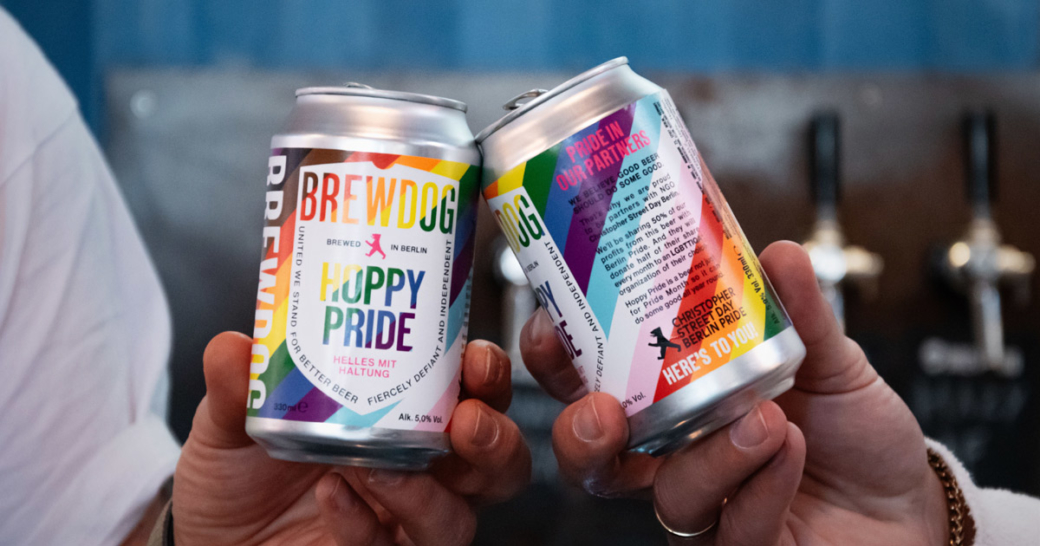 Mirror, mirror on the wall, which Hoppy Pride design won the love of all? In January, BrewDog Germany and the Berliner CSD e.V. announced their cooperation with their collaboration with the beer “Hoppy Pride” and appealed to their communities to decide between four different designs: Black with the Berlin CSD logo, white and pink or colourful with a rainbow look?

Until January 31, 2022, several thousand participants voted online for one of the four designs – the rainbow label came out first! It was a clear winner announce BrewDog CEO Adrian Klie and Patrick Ehrhardt, CEO of the Berlin CSD e.V., proudly. 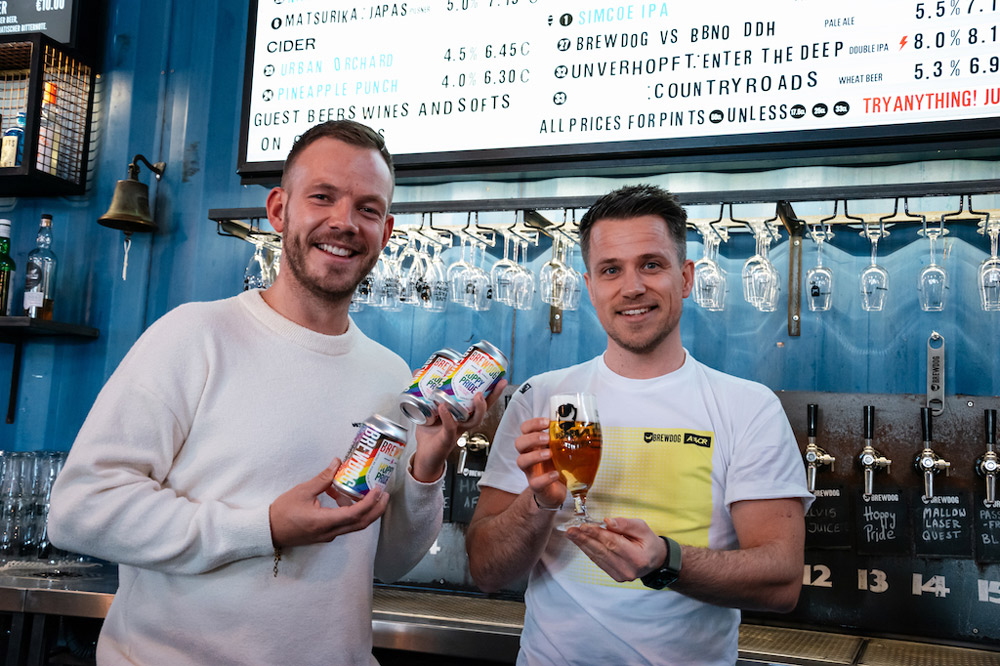 Hoppy Pride” came to stay. The beer marks the start of a long-term collaboration between the two initiators and their communities. The rainbow coloured collab beer “Hoppy Pride” will be available for purchase as of tomorrow, March 18, in the German BrewDog Online Shop, in all participating supermarkets and selected bars Berlin. Retail partners interested in showing attitude with the beer not just for Pride Month but throughout the year can contact BrewDog at kontakt@brewdog.com.

BrewDog and the Berliner CSD e.V. share the profits equally, with 25% being donated to the LGBTTIQA* community. A group, an association, a collective or an initiative is regularly supported financially with an equal share of the total amount. Organizations meeting these requirements can apply directly at the Berliner CSD e.V. via vorstand@csd-berlin.de. 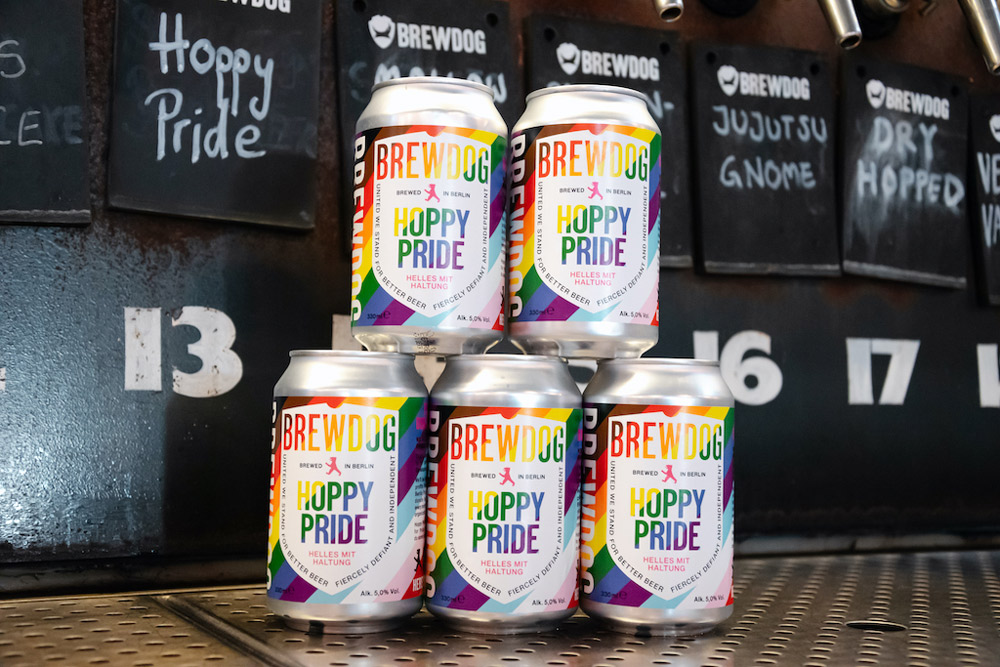 The Berlin Christopher Street Day (also CSD Berlin | Berlin Pride) is an annual demonstration in Berlin for the rights of lesbians, gays, bisexuals, transgender, transsexual, intersexual, asexual and all queer people. The CSD Berlin is the largest street parade and demo in Berlin and Germany and is considered one of the largest of its kind in Europe and the world. The first Berlin CSD took place on June 30, 1979. With the 44th edition in 2022, the happening is bringing hundreds of thousands of people onto the streets of Berlin. Every year, the Berlin CSD e.V. raises through a democratically organized grassroots forum their political, civic, and economical demands. Being a political demonstration, Berlin Pride is not eligible for funding and is therefore dependent on donations and sponsors. More about this can be found here: www.csd-berlin.de

BrewDog was founded in 2007 when two men and a dog set out on a mission to revolutionize the beer world. Tired of the uninspiring beer scene in Great Britain, the two founders, Martin Dickie and James Watt, started brewing their own beer as homebrewers – to excite their friends as much about beer as they are. Today BrewDog is the leader in craft beer and one of the fastest growing companies in the UK, with Punk IPA being the number 1 craft beer in the UK and Europe.

Since 2020, BrewDog is brewing the complete headliner range for Germany, Punk IPA, Pale Ale, Elvis Juice, Kiezkeule and Lost Lager, as well as many special beers for the German and international market in the brewery in Berlin-Mariendorf. The company now exports beers to over 60 countries and operates over 100 bars worldwide as well as breweries in Ellon (Scotland), Columbus, Ohio (USA), in Berlin and in Brisbane (Australia).

BrewDog is Co2 negative since 2020. This means that the company compensates twice as much Co2 from the atmosphere as it emits. Further information on the “BrewDog Tomorrow” initiative is available at https://www.brewdog.com/eu_en/tomorrow