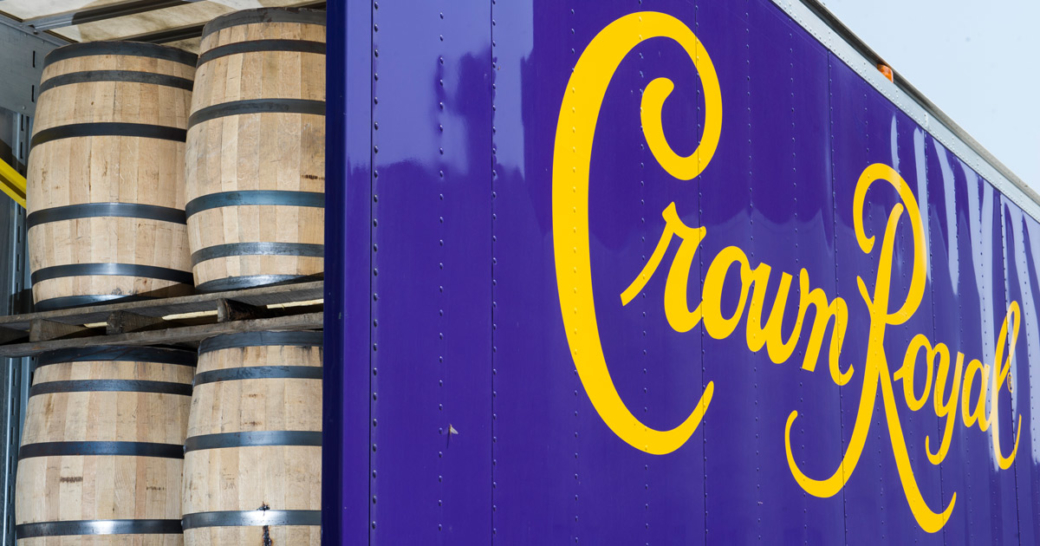 Global beverage alcohol leader Diageo announced plans for a new CAD$245 million distillery to support momentum and growth ambitions for its Crown Royal Canadian Whisky brand. The facility, with capacity to produce up to 20 million LAA’s (litres of absolute alcohol, the equivalent to 10.5 million proof gallons) annually, will sit on approximately 400 acres in Ontario’s St. Clair Township, and includes a distillery, as well as blending and warehousing operations.

Diageo’s ‘Society 2030:Spirit of Progress’ sustainability action plan will shape the design and development of the distillery. It will feature resource efficiency technologies and will operate with 100% renewable energy to ensure the new distillery is carbon neutral and zero-waste to landfill from all direct operations.

“A low-carbon world is essential for a sustainable future, so I am thrilled to announce our first carbon neutral distillery in Canada as we continue to build momentum in our journey to reach net-zero carbon emissions by 2030,” said Perry Jones, President, North America Supply for Diageo. “We celebrate such a significant milestone for our Crown Royal brand, our North American operations and global footprint.”

Crown Royal Canadian Whisky is the No.1 selling Canadian whisky brand in the world and North America’s most valuable whisk(e)y brand[1]. The growth of the brand has been driven by people’s love for the flavor of Canadian whisky and the right innovation, which introduces new whisky experiences to different consumers. These innovations include Crown Royal Apple and rare, high-end luxury offerings like the recently released Crown Royal 18. Canadian whisky contributed 7% of Diageo’s global net sales and Crown Royal grew 12% in the first half of fiscal F22[2].

“Crown Royal is the heart of our whisk(e)y business, as the most valuable whisky brand. It’s critical when we extend our footprint, that we are committed to creating a more sustainable world,” said Sophie Kelly, Senior Vice President of Whiskies, Diageo North America. “We are thrilled by this new world-class distillery. It will enable us to drive momentum to 2030 and beyond to elevate Crown Royal as a best-in-class whisky brand that leads innovation in the industry.”

With three production facilities across the country and headquartered in Toronto, Ontario, Diageo employs approximately 700 people in the country and is one of the major producers of spirits in Canada. Over the last 3 years, the company has invested about CAD$75 million to develop some of the most technologically advanced and environmentally sustainable distilleries and production capabilities in Canada.

The new Diageo St. Clair Distillery will supplement the company’s existing Canadian manufacturing operations in Amherstburg, Ontario, Gimli, Manitoba, and Valleyfield, Quebec. This project will represent a further investment in Canada by Diageo of CAD$245 million, over the next three years. Once operational, this new facility will provide dozens of jobs in the local community, furthering Crown Royal’s commitment to generosity and giving back.

“We are excited about Diageo’s plans to invest in St. Clair Township and to bring positive economic impact to our community. The company’s commitment to building a carbon neutral operation is also aligned with our priorities in ensuring a clean environment in the businesses that are in our community,” said Steve Arnold, Mayor, St. Clair Township.

“We are delighted to welcome Diageo to St. Clair Township. This significant investment will be a tremendous fit with the ongoing diversification of the local economy. The carbon neutral facility clearly links with the Sarnia-Lambton area’s efforts to attract new investment that aligns with the drive to a zero-carbon economy, while contributing positively to job growth,” said Judith Morris, Interim CEO, Sarnia-Lambton Economic Partnership.

Accelerating to a low carbon world

Diageo is committed to reaching net-zero carbon across its direct operations by 2030, harnessing 100% renewable energy. The company is also working to achieve net zero carbon across the entire supply chain by 2050 or sooner, with an interim milestone to achieve a 50% reduction by 2030.

Committed to creating a low carbon future with approved science-based targets, Diageo is part of a leading group of organizations that are championing a green recovery and supporting the Sustainable Development Goals, through membership of the United Nations Global Compact, We Mean Business Coalition and other key global advocacy organizations. Diageo is also a signatory to the global Race to Zero campaign, a commitment to achieving net-zero carbon emissions by 2050.

Construction is anticipated to begin in the second half of 2022, and the distillery is expected to be operational in 2025.