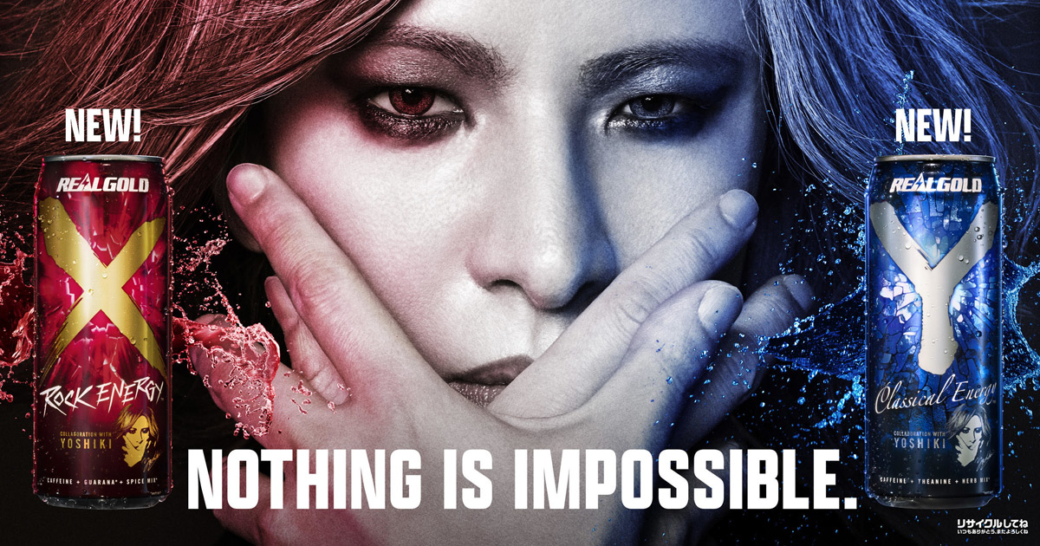 Real Gold X is inspired by YOSHIKI’s rock side – “uplift yourself with rock.” His extraordinary career as the leader of X JAPAN includes sales of over 30 million albums and singles worldwide.

The inspiration for Real Gold Y comes from YOSHIKI’s work as a classical pianist – “enhance your focus with classic.” YOSHIKI has composed a wide array of classical pieces, from the Golden Globes theme song to a piano concerto for the Emperor of Japan. Named one of the most influential composers in Japanese history, YOSHIKI has collaborated with Beatles producer Sir George Martin, Queen, Sarah Brightman, The Chainsmokers, Bono, will.i.am, and St. Vincent.

These new energy drinks were born out of the shared values between Coca-Cola Japan and YOSHIKI. Coca-Cola identifies with YOSHIKI’s philosophy, “NOTHING IS IMPOSSIBLE,” an ambition to always try new things, and “the desire to seriously support the next generation who are taking on challenges.”