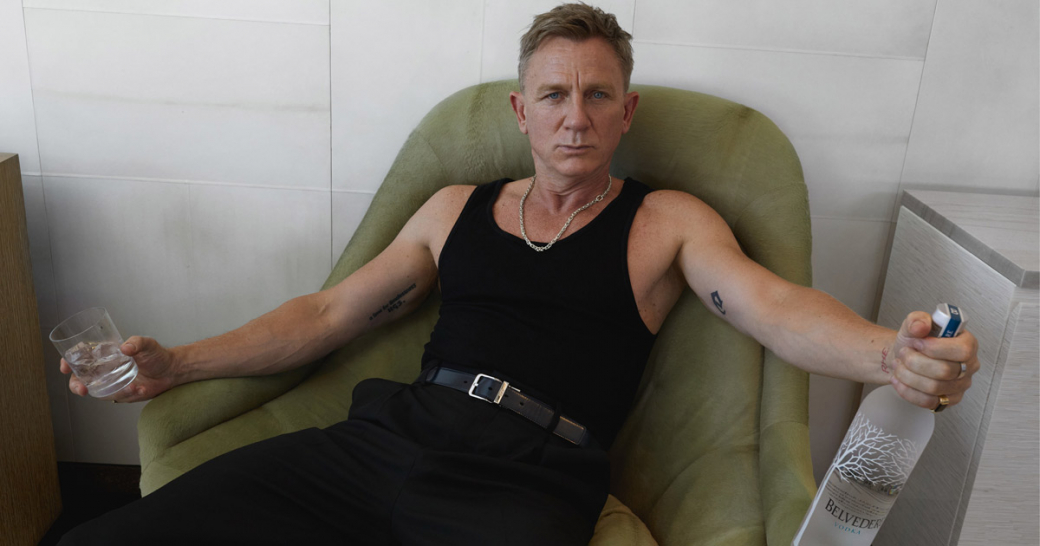 Courageous in spirit with a warmly rebellious energy, the campaign unites an exceptional community of collaborators. Craig has been skillfully and humorously choreographed by celebrated choreographer JaQuel Knight, to an original track written and performed by global superstars Rita Ora and Giggs and produced by hitmakers Invisible Men, Bandits and Hungry Man. The accompanying campaign stills were photographed by the iconic Juergen Teller, in the same suite that sets the scene of the movie’s grand finale whilst Christine Centenera has styled the shoot with a clean, modern edge.

Taika’s unique vision imagines how life might look when the cameras are not rolling. Craig moves out of a gathered crowd and passes across Paris’s iconic Pont Neuf bridge. He playfully sashays his way through the lobby, hallways, and rooftop of the luxurious Cheval Blanc Paris never missing a beat. Finally, and seemingly without a care in world, the actor side-steps into the spectacular suite, and dances towards the Belvedere bar. Then just as he is about to take an ice-cold sip, the Director yells cut, and Waititi makes a cameo as he asks Craig to take it from the top once more.

All in all, a group of inventive and gifted provocateurs, who each have a taste for the unconventional, have creatively captured an incredibly unique snapshot as a nod to their and Belvedere’s shared values of self-expressions, authenticity and style.

The campaign will come to life in Times Square on November 9th at 6PM EST to then explode onto preeminent billboards and a prominent succession of key events and reveals designed to make a sensational impact and become a global talking point.

Made from Polish rye, purified water and a distillation process by fire, Belvedere is produced in one of the world’s longest operating polish distilleries that has been making vodka since 1910. Belvedere’s master rye distillers draw from a 600-year polish vodka-making history to artfully craft rye into an extraordinary vodka of distinct taste and character. Its taste profile is structured and elegant with hints of almond, vanilla and white pepper, a subtle sweet velvety mouthfeel and a smooth, clean finish.

Smirnoff presents “True Originals” with Gorillaz with cocktails and a limited...
Scroll to top