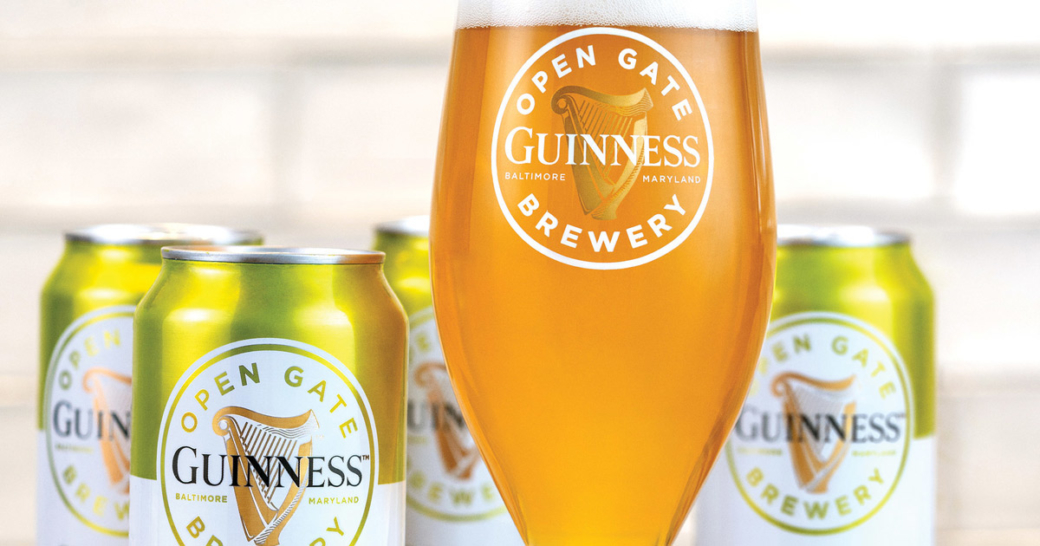 Seasonal and regional: Fan favorite from brewers at Guinness Open Gate Brewery Baltimore is on shelves in MD-DC-VA region.

Guinness announces the answer to a growing question: Where can I enjoy an American-brewed, experimental Guinness beer? Now on shelves across select cities in the Mid-Atlantic, adults of legal drinking age can bring Guinness Salt & Lime Ale, the latest addition to the historic brewer’s roster of Baltimore-brewed regional releases, home to enjoy in the warmer temperatures of Spring and Summer.

Guinness Open Gate Brewery in Baltimore, home of Guinness in the U.S. and the center for all of its experimental beers on this side of the Atlantic, has released more than 300 limited, brewery-only beer recipes in the last two years, which continue to be met with significant fanfare from visitors. Salt and Lime Ale emerged as a leader in market demand for its fruit-forward taste and drinkability. 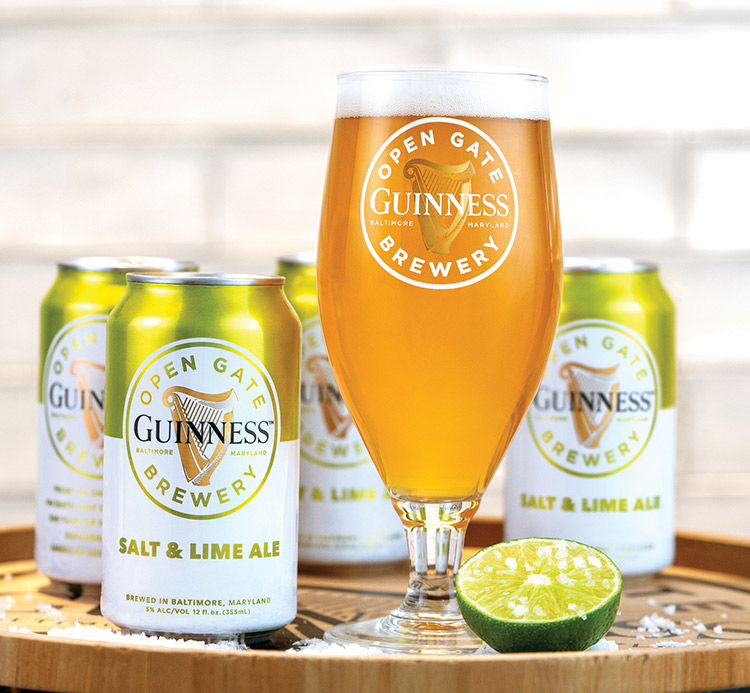 Salt & Lime Ale is expertly balanced with key lime puree and sea salt from the mouth of the Chesapeake. At a 5% ABV, it is a pale yellow ale with forward notes of lime peel, biscuit and light salt. The locally-sourced, hand-harvested sea salt adds a layer of complexity on the finish, counteracting the tartness from the limes.

“Guinness is all about honoring tradition with our own unique and iconic spin. Our historic yeast that makes our stouts so special is used in almost every experimental beer we create, and Salt & Lime Ale is no exception. It represents much of why we’re here in America,” reflected Peter Wiens, Brew Master, Guinness Open Gate Brewery Baltimore. “To innovate and create is also at the core of the Guinness tradition, and we’re excited to indulge, and maybe even surprise, people with this crisp and refreshing tasting ale.”

As a distinctly versatile beer bursting with flavor, Salt & Lime Ale provides strong standalone flavor suitable for any occasion, but it was truly built for enjoying on warm, sunny days spent outdoors. As we transition to more al fresco dining weather, the bold lemon lime flavor in Salt & Lime Ale makes a strong pairing with bright, acidic characteristics in light starters like chips and salsa, guacamole, salad with grilled chicken and citrus vinaigrette. The depth of flavor also shines when contrastingly paired with spicy, rich main entrees such as Korean BBQ and tacos al pastor.

Salt & Lime Ale can be found for a limited time this spring and summer in select areas including Maryland, DC and Northern Virginia (as well as in the brewery’s taproom) as a limited seasonal addition to the Guinness family. Outside the brewery, the beer will be sold in six packs of 12 ounce cans for a suggested retail price of $10.99. Whether enjoying a pint of Salt & Lime Ale at the Open Gate Brewery in Baltimore, at home with friends and family, or anywhere else, please do so responsibly.