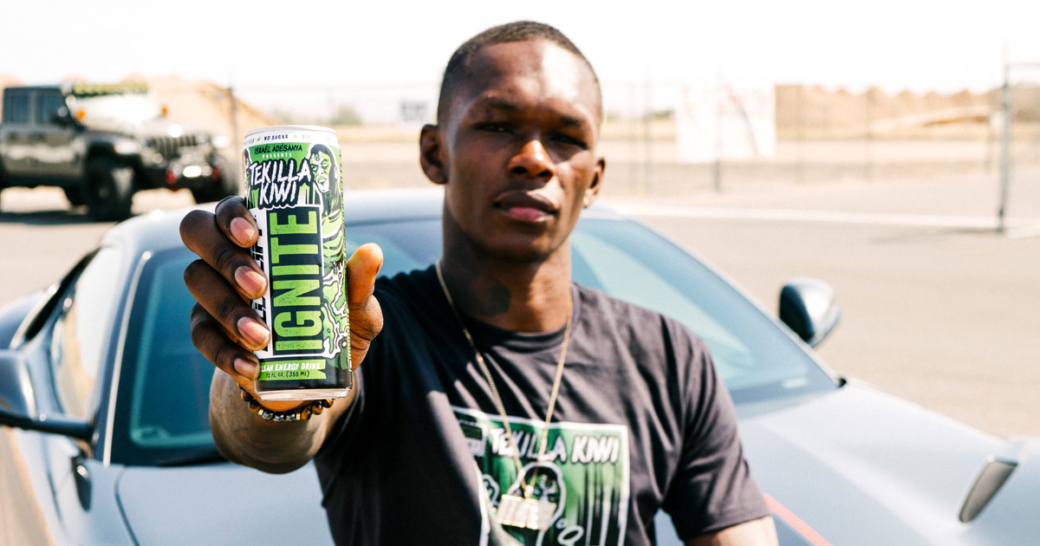 Fresh off his title defense for the middleweight belt in the UFC, Israel Adesanya has partnered with Kill Cliff to become the first UFC fighter to have his own energy drink with a major brand. Tekilla Kiwi is the latest innovative flavor in Kill Cliff’s powerhouse IGNITE product line that packs 150mg of clean green tea caffeine with a sugar free blend of B-Vitamins and Electrolytes. Nothing artificial.

Adesanya, known to MMA fans around the world as The Last Stylebender, has earned over five million rabid Instagram followers by displaying unrivaled mixed martial arts skills and having an infectious, authentic personality. Born in Nigeria and now living in New Zealand, Adesanya (represented by Paradigm Sports who also manages Conor McGregor) is poised to become one of the sports’ most bankable stars around the globe both inside and outside of the Octagon.

“Working with Kill Cliff to develop my own drink has been a real thrill,” said Israel Adesanya. “Without a doubt, we have made the world’s best and most refreshing clean energy drink, and I can’t wait for my fans around the world to taste it.” 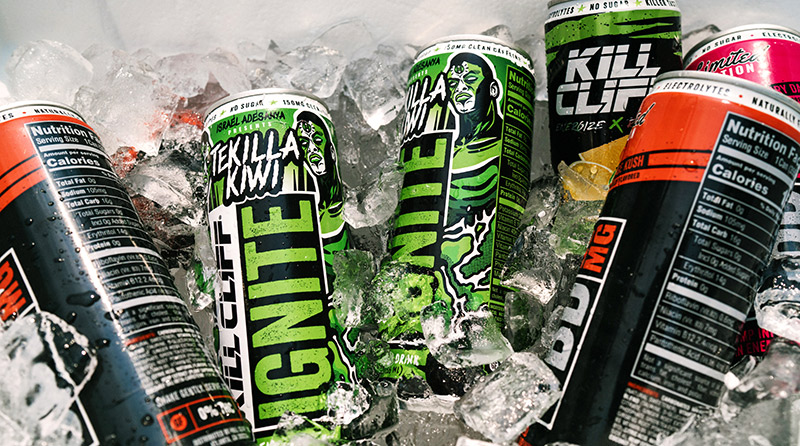 John Timar, CEO of Kill Cliff adds, “Innovation has been a key driver in our explosive growth. Finding the right partners, like Joe Rogan and now Israel Adesanya, is a clear signal to the market that our category disruption is only just beginning.“

The launch of Tekilla Kiwi will be supercharged by a one-of-a-kind esports tournament called “The Kill Cliff Low Tech Power Hour”. From September 27 through September 30, 2021, sixteen celebrities will battle it out in the vintage video game Street Fighter, and the winner will take on Izzy in a battle royale on October 1, 2021. All content and Special Edition Tekilla Kiwi Kill Cliff products will be featured, sold and auctioned through the brand-new Kill Cliff TV app available now on Apple and Android devices (powered by Brinx.TV).

Six-Time Emmy Award winner and Kill Cliff CMO, John Brenkus said, “Kill Cliff is way more than just the best tasting clean energy drink on the planet. We are a lifestyle accessory that empowers those who choose to own being bold. Our products and content are second to none. The traditional toxic energy drink establishment is officially on notice.”

Founded and created by a Navy SEAL with the spirit of giving back to the community, KILL CLIFF® makes clean and delicious energy drinks. KILL CLIFF products deliver clean fuel for the active lifestyle, providing energy, hydration and nutrients without all the junk so many beverages have today. Kill Cliff was just voted one of the 250 most disruptive brands by IAB and is poised to make significant gains in the multi-billion dollar beverage market. Headquartered in Atlanta, the KILL CLIFF team includes civilians and accomplished military veterans and is absolutely committed to serving and supporting the Navy SEAL community. KILL CLIFF honors the dedication and sacrifice made by these warriors and their families by donating a portion of the proceeds through their Official Partnership with the Navy SEAL Foundation.