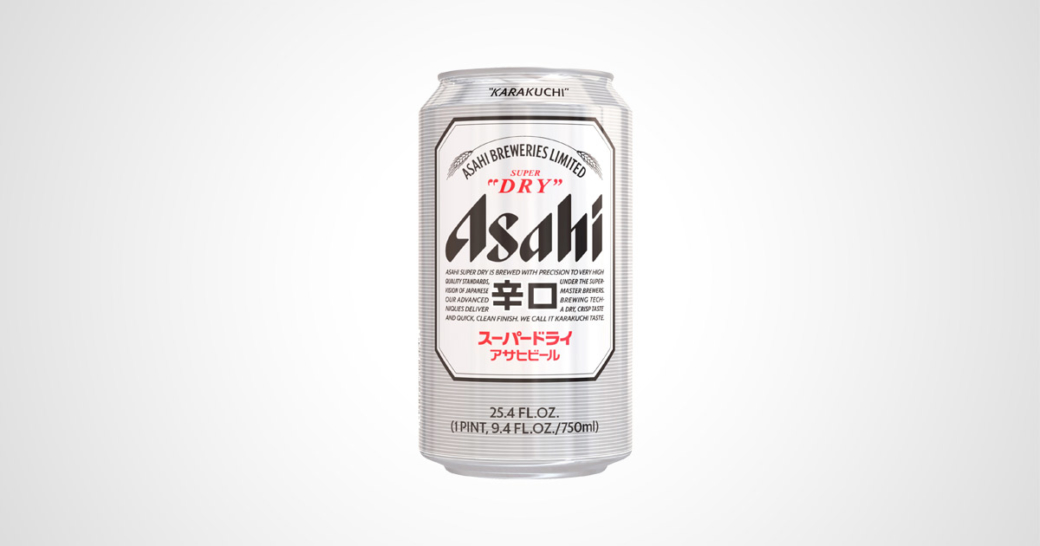 Asahi Super Dry, the product known for its premium Karakuchi taste that transformed the modern beer market in Japan, today announced it will be launching a new 25.4oz can format to meet increased consumer demand for the portability and convenience of can packages.

Asahi Super Dry has already experienced significant demand increases for its current 11.2oz can format across the US market. The lager will continue using its historic 6 ingredient recipe, bringing that same crisp and refreshing taste consumers have come to expect.

The Asahi Super Dry 25.4oz Can will feature the iconic Asahi branding front and center, making it instantly recognizable when walking down the beer aisle. Market research has shown that consumers desire premium beer brands in varied can formats, which sparked the package extension. The new cans will be available in stores nationwide starting in June.

“The Asahi Super Dry brand has shown amazing growth in off premise channels over the past year, ranking in the top 10% of Import growth brands in the US market. Building on those trends, we believe that there is still huge upside for growth by increasing the availability of Asahi Super Dry and introducing the brand in new formats like the 25.4oz Can,” said Derek VanTine, VP of Commercial Operations at Asahi Beer USA. “Additionally, the brand is underdeveloped in the convenience channel and this is the perfect package to introduce Asahi Super Dry to shoppers in that channel.”

Inspired by the dry taste of sake, we created a beer born out of curiosity, Asahi Super Dry® which quickly became and remains Japan’s no.1 selling beer. Asahi Super Dry® is brewed at Asahi-owned breweries under the supervision of Japanese Master Brewers using the finest malted barley, hops, yeast and rice to give it a dry, crisp taste and quick, clean finish that never lingers. We call it Karakuchi.

The origins of Asahi date back to 1889 and since then Asahi Group Holdings has developed itself into becoming one of the leading global alcoholic, beverage and food business groups. The Asahi Group is headquartered in Tokyo, Japan and has a presence in more than 80 countries worldwide.