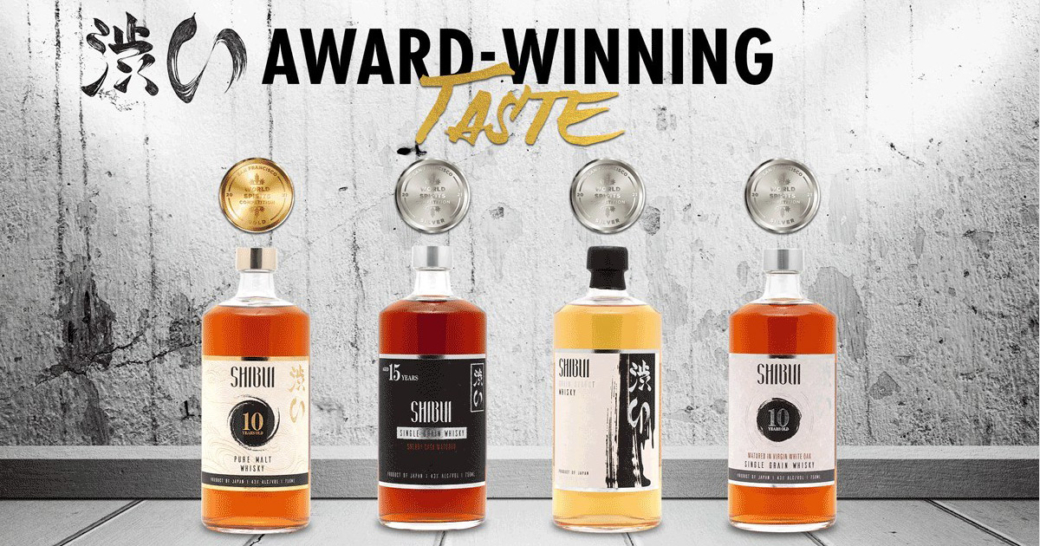 Shibui Japanese Whisky earned gold and silver medals for each of four whiskies reviewed at the 2021 San Francisco World Spirits Competition. Launching into the United States market last October, the first-time participant in the prestigious SFWSC received recognition for the following expressions:

As an entrant in the new Japanese Whisky category, Shibui stood out among 3,800 contenders in blind tastings at the largest spirits competition in the U.S.

“We are delighted that Shibui whiskies were recognized in our first competition to date,” said Nicholas Pollacchi, Shibui Co-Owner and Head of Global Whisky. “We truly believe this reflects the partnerships we have cultivated in Japan, the amazing craftsmanship found within our distilleries and the expertise of our Shibui Master Blending Teams in Japan. We are raising the bar so our consumers can raise a glass of award-winning whisky!”

Shibui Whiskies are crafted by multiple award-winning distilleries from two different regions of Japan, making their range of whiskies truly unique. Shibui World Blends showcase the art of Niigata Master Blenders who create exquisite marriages of flavor using multi-cask maturation. Shibui Single Grain whiskies are a reflection of the Japanese distilleries in Okinawa who distill the grains of the land and make whisky unlike any other.

Trailblazers in transparency, Shibui wants consumers to know exactly what is in the glass. Shibui shares details about the distilleries, grains, blends, fermentation, distillation and maturation, as well as the fact that all Shibui whiskies are 100% natural in color.

Ranging from World Blends to Single Grain Japanese whiskies aged up to 30 years, Shibui is priced from $49 to just over $1,000 creating an opportunity to try a Shibui whisky at every level.