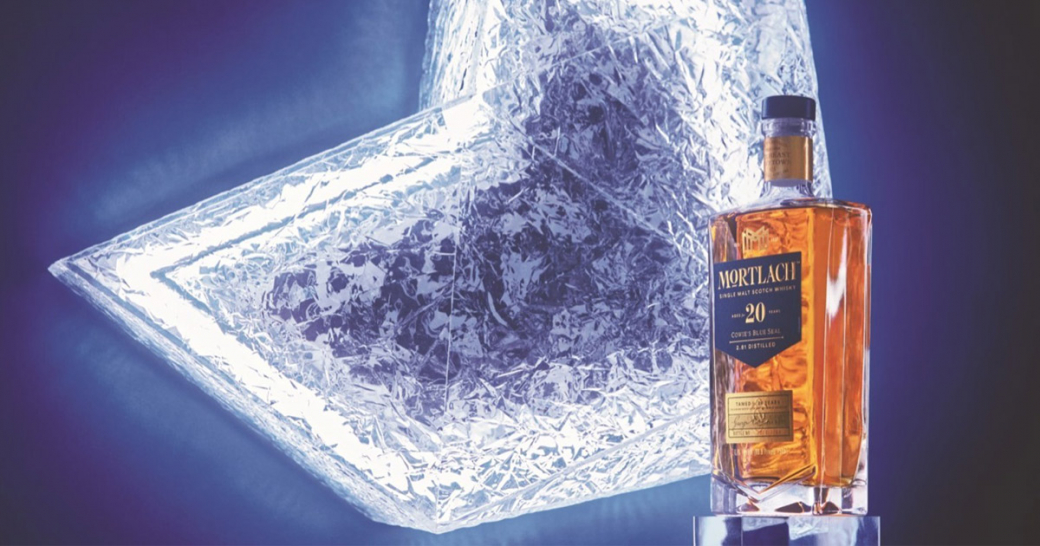 Mortlach Single Malt Scotch Whisky, a treasured spirit from Scotland’s Speyside region, has partnered with Chrissa Amuah to create a brilliant light fixture for the Mortlach by Design program. Channeling the complex, multi-step distillation process that makes Mortlach unique, Amuah’s multifaceted light fixture shares the journey of Mortlach from its origin to the final product. This bespoke piece is another pillar in the Mortlach by Design program, which has engaged some of the world’s best designers including Luca Nichetto, Sabine Marcelis, Felicia Ferrone, and Joe Doucet to create bespoke pieces, culminating in the ultimate whisky experience.

The light fixture is aptly named 2.81 after the number of times that Mortlach whisky is distilled – a unique process that has been passed down for generations. In 1897, when Dr. Alexander Cowie formulated this distillation process, he did so knowing that it was a different way of making whisky. ‘The Way’ is akin to having three distilleries at one still house; in parallel, the 2.81 light fixture is designed with many conceptual, physical and material layers, which when unified stand as a beautifully complex light fixture. 2.81 is formed by a variety of technologies, processes, textures and materials that when united create a constant and intricate lighting fixture, symbolic of each of the stages that create Mortlach whisky. 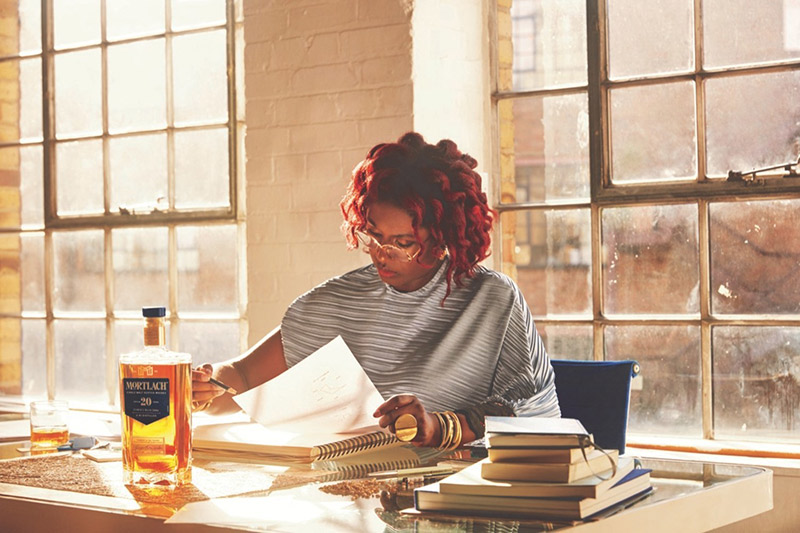 “Creating 2.81 was a unique challenge as I aimed to balance the deep complexities and high caliber craftsmanship that defines the spirit,” explains Chrissa Amuah.

Mortlach by Design celebrates the unique characteristics of Mortlach whisky and brings together some of the world’s best designers to create bespoke products for the ultimate whisky experience. For more information or to purchase a bottle of Mortlach, visit mortlach.com.

The Mortlach distillery was founded in 1823 in Dufftown, Scotland by James Findlater and his two partners, Donald McIntosh and Alexander Gordon. In 1852, the distillery was reopened by John Gordon after a few silent years. In 1853, Gordon took on George Cowie as a partner, a former engineer who spent a career carving the great Scottish railways into the rugged landscape, creating John Gordon & Co. Cowie became the sole proprietor when Gordon died in 1867.

Dr. Alexander Cowie, George’s son, oversaw the very first spirit distillation through a completely unique and fiendishly complex process, which he crafted using his scientific acumen. He was not a distiller by trade and had not long returned from a posting in Hong Kong, where he spent five years practicing medicine. After the untimely death of his older brother, he returned to run Dufftown’s oldest distillery with his father. George bestowed it all to Alexander when he died, and Alexander doubled the stills his father left him. www.mortlach.com