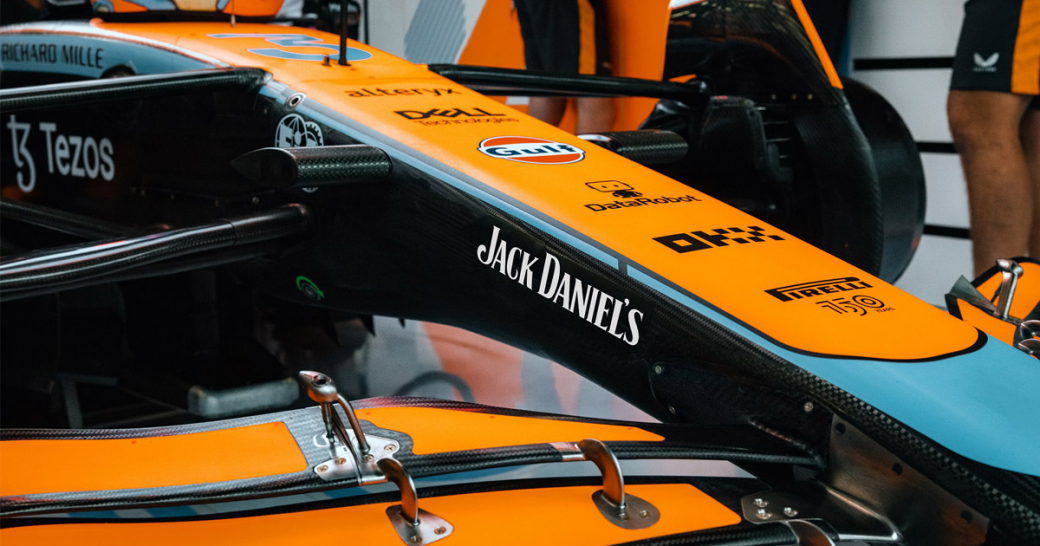 Jack Daniel’s and McLaren Racing announced today a multi-year partnership making Jack Daniel’s Tennessee Whiskey an Official Partner of the McLaren Formula 1 Team beginning in 2023. Jack Daniel’s has over 155 years of heritage in crafting whiskey and will enter Formula 1 for the first time with McLaren to evolve its global presence and reach new consumers.

Jack Daniel’s branding will be featured on the nose of McLaren’s 2023 F1 cars as well as on the driver’s overalls and pit crew’s helmets. McLaren and Jack Daniel’s will host a variety of events and media and hospitality programs throughout the 2023 F1 season. The two brands will also collaborate to develop McLaren and Jack Daniel’s-themed programs at retail outlets as well as create custom marketing and advertising campaigns including a special edition bottle in select markets in 2023.

“We are thrilled to welcome Jack Daniel’s to the McLaren F1 Team,” said Zak Brown, McLaren Racing CEO. “Together we will look to reach new audiences as well as hosting a variety of events together. 2023 is an important year for McLaren as we commemorate our 60th birthday, and we are excited to celebrate with an iconic brand like Jack Daniel’s by our side.”

McLaren Racing was founded by New Zealand racing driver Bruce McLaren in 1963. The team entered its first Formula 1 race in 1966, since then McLaren has won 20 Formula 1 world championships, more than 180 Formula 1 grands prix, the Indianapolis 500 three times, and the Le Mans 24 Hours at its first attempt.

McLaren was the first F1 team to be awarded the Carbon Trust Standard in 2010 and has retained it since on a bi-annual basis, most recently in February 2021. The team was also the first in F1 to be given the FIA Sustainability Accreditation Award at a three-star level in 2013 as part of the FIA Environmental Certification framework, before becoming a signatory to the UN Sports for Climate Action Commitment in 2021.

#ToastToRoger – An initiative by Moët & Chandon in honor of Roger F...
Scroll to top