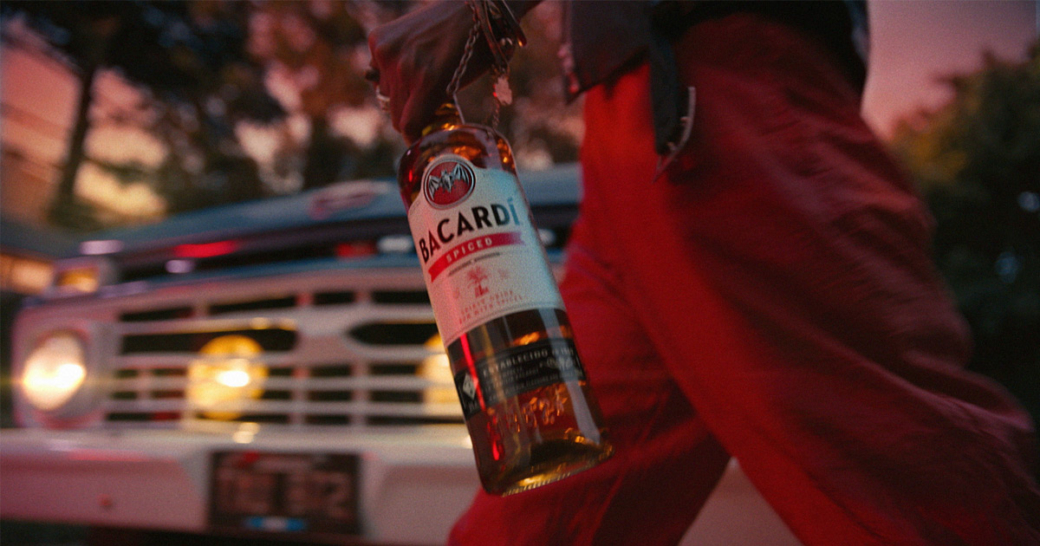 Following the successful launch of BACARDÍ Spiced Rum in September 2020, BACARDÍ Spiced is toasting to the change of the season with the debut of two new campaigns.

BACARDÍ Spiced will embark upon a cheeky new social campaign, Captains Choose BACARDÍ Spiced, by enlisting the help of fan-favorite captains and crew members from a well-known reality TV yachting show. The world’s most awarded rum brand will also unveil a new digital ad spot called “Domino”, which visualizes how BACARDÍ Spiced can inspire a domino effect at a party, enticing partygoers to do what moves them.

To launch Captains Choose BACARDÍ Spiced, BACARDÍ has enlisted the help of Captain Glenn Shephard, as well as standout yachties Kate Chastain, Malia White, Colin Macy-O’Toole, and Bobby Giancola – all fan favorites on the cult show – who will prove that it’s high time to bench the captain. These reality stars will playfully showcase their natural inclination to BACARDÍ Spiced on social media, encouraging their loyal followers to trade up to BACARDÍ Spiced to solidify the variant as the best spiced rum on the market.

“Following the launch of BACARDÍ Spiced last year and knowing there is an immense opportunity for BACARDÍ in the spiced rum category, we wanted to continue the momentum by reinvigorating our efforts and debuting two new consumer-facing campaigns. We know that our target wants to enjoy the taste of a rum while still feeling like they are drinking a quality spirit, so as the world’s most-awarded rum brand for quality, taste and innovation, we feel BACARDÍ Spiced is well-positioned to establish itself as a category leader,” said Lisa Pfenning, Vice President, BACARDÍ for North America. “We hope these new campaigns spark joy and inspire people to pick up a bottle of BACARDÍ Spiced to share with their friends this upcoming season and beyond.”

Additionally, just in time for the fall season, BACARDÍ Spiced is debuting a new digital ad spot today called “Domino.” The creative spot starts as a woman enters a party with a bottle of BACARDÍ Spiced in hand. As she makes her way through the party, a strong soca energy comes over her and the effect of friendship, music and energy eventually overtake the entire party. The “Domino” spot highlights the joy of being able to reunite again with friends and how a house party is the perfect excuse to enjoy BACARDÍ Spiced. The “Domino” digital ad spot was concepted by BBDO New York and will live on Instagram, Facebook and YouTube in North America and Western Europe.

BACARDÍ Spiced is a velvety smooth, boldly spiced barrel-aged rum blended with natural flavors to create a caramel-like vanilla taste with a hint of smokiness. An authentic Caribbean spiced rum, BACARDÍ Spiced is an infusion of warm cinnamon, vanilla, and nutmeg flavors that is refreshingly warm with no bite, for just 90 calories per 1.5 ounce serving. It is best enjoyed when mixed into easy yet delicious cocktails like the Spiced & Cola, Spiced & Ginger, and Spiced & Pineapple.

BACARDÍ Spiced is available for a suggested retail price of $12.99 (750ml) for delivery via Drizly, Instacart, and Minibar, or at liquor stores nationwide.

To purchase BACARDÍ rum and cocktail kits, head to www.DrinkBACARDI.com, and for more information on BACARDÍ rum, visit www.BACARDI.com.