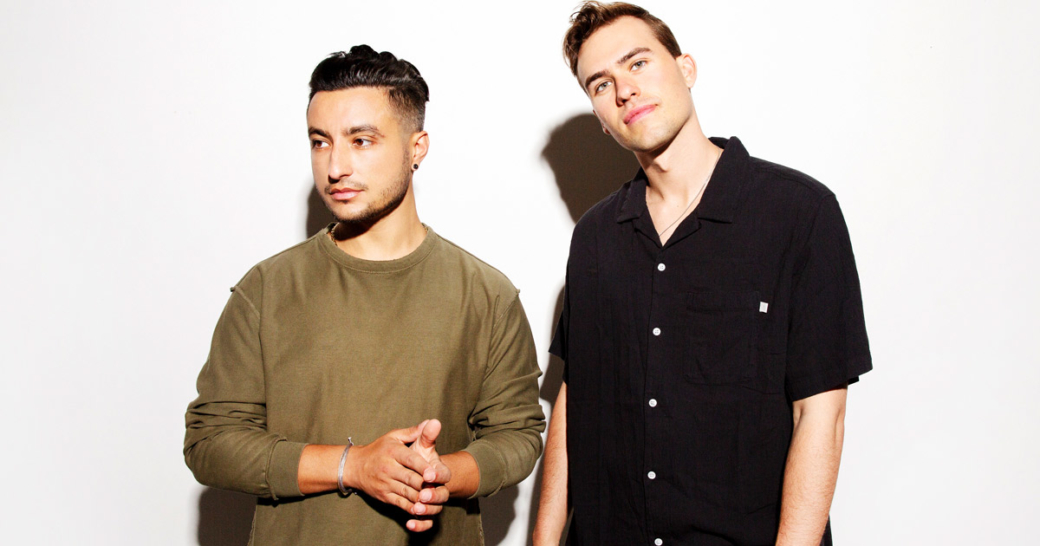 BACARDÍ rum is excited to announce the BACARDÍ Party Tour, a nine-city U.S. tour making a splash in some of the biggest game day towns across the nation. Bringing an infectious vibe that is sure to move you, BACARDÍ rum has enlisted dance music duo, Loud Luxury, as the headlining performer to turn up these towns and get them pumped for game day. Popping up at some of the most iconic sports bars and venues in cities like Madison, State College, Bloomington, Tempe, and more, the iconic rum brand will show fans that it’s not a party without BACARDÍ.

The Juno Award winning duo – who is Andrew Fedyk and Joe De Pace – have hits like “Body” and “Love No More” to credit for their meteoric rise in the dance scene, as well as their recent EP Holiday Hills (Armada Music) that dropped on August 13 featuring new summer singles “Lemons” and “Mistakes” that further solidifies their role as an electronic powerhouse. For BACARDÍ, the partnership with Loud Luxury comes naturally as an extension of the brand’s “do what moves you” ethos to move its fans both physically and emotionally – which is exactly what Loud Luxury’s uplifting music does.

“BACARDÍ knows how throw a party and bring the vibes, so we are thrilled to partner with them as the headliner of the BACARDÍ Party Tour. As live events start up again, we’re excited to embark on this multi-city tour and check out some of the best places for game days across the country,” said Loud Luxury. The DJ duo added, “We’re also excited to debut the official tour cocktail, called the Lux Limónade, which is a simple, yet delicious drink made with BACARDÍ Limón and lemonade. It’s a fire cocktail that we chose because it reminds us of our single, ‘Lemons’ – so be sure to check it out on tour with us.”

Giving fans an unforgettable experience with a sweepstakes to win a meet-and-greet with Loud Luxury plus fun giveaways, BACARDÍ rum will be making nine stops along the U.S. tour spanning September 2021 through early 2022, coming to a town near you on the following dates and occasions:

In addition to Loud Luxury’s Lux Limónade (recipe below), the brand will also be serving up simple yet delicious cocktails made with a selection of BACARDÍ rums and rum specialties like the new BACARDÍ Tropical, BACARDÍ Spiced, BACARDÍ Coconut, BACARDÍ Lime, and more – all BACARDÍ Party Tour long.

About BACARDÍ® Rum – The World’s Most Awarded Rum

In 1862, in the city of Santiago de Cuba, founder Don Facundo Bacardí Massó revolutionized the spirits industry when he created a light-bodied rum with a particularly smooth taste – BACARDÍ. The unique taste of BACARDÍ rum inspired cocktail pioneers to invent some of the world’s most famous recipes including the BACARDÍ Mojito, the BACARDÍ Daiquiri, the BACARDÍ Cuba Libre, the BACARDÍ Piña Colada and the BACARDÍ El Presidente. BACARDÍ rum is the world’s most awarded spirit, with more than 900 awards for quality, taste and innovation. Today, BACARDÍ rum is made mainly in Puerto Rico where it is crafted to ensure the taste remains the same today as it did when it was first blended in 1862. www.BACARDÍ.com

The BACARDÍ brand is part of the portfolio of Bacardi Limited, headquartered in Hamilton, Bermuda. Bacardi Limited refers to the Bacardi group of companies, including Bacardi International Limited.

With their worldwide smash hit “Body” (feat. Brando), Loud Luxury – who is Canadian duo Andrew Fedyk and Joe De Pace – is officially certified Diamond (10x Platinum) in Canada, 6x Platinum in Australia, 3x Platinum in Switzerland, Double Platinum in Austria, Denmark, U.K. and the U.S., and Platinum in the Netherlands, Norway and Sweden. “Body” also held the #1 spot in the U.S., Mediabase Dance Airplay chart for two weeks, charted in the Top 40 of U.S. Pop radio and the U.K.’s Official Singles Chart (#4) and accumulated over a billion plays across the most popular streaming services. Its follow-up single, “Love No More (with anders),” garnered 12 million streams on Spotify alone in its first month and currently sits at over 140 million plays on the streaming platform, while “I’m Not Alright (with Bryce Vine)” adds to the tally with over 80 million streams. In 2020, the duo released their debut EP Nights Like This, followed by single releases “Like Gold” featuring Stephen Puth with Frank Walker, “Amnesia” featuring GASHI with Ship Wrek and “Red Handed” featuring Thutmose. Loud Luxury also scooped up three 2020 JUNO Awards nominations for ‘Dance Recording Of The Year,’ ‘Fan Choice Award’ and ‘Group Of The Year’ (including one win) following four nominations (including one win) in 2019 as well as iHeart Music Awards nominations for ‘Dance Song Of The Year’ and ‘Dance Artist Of The Year’ in 2020.