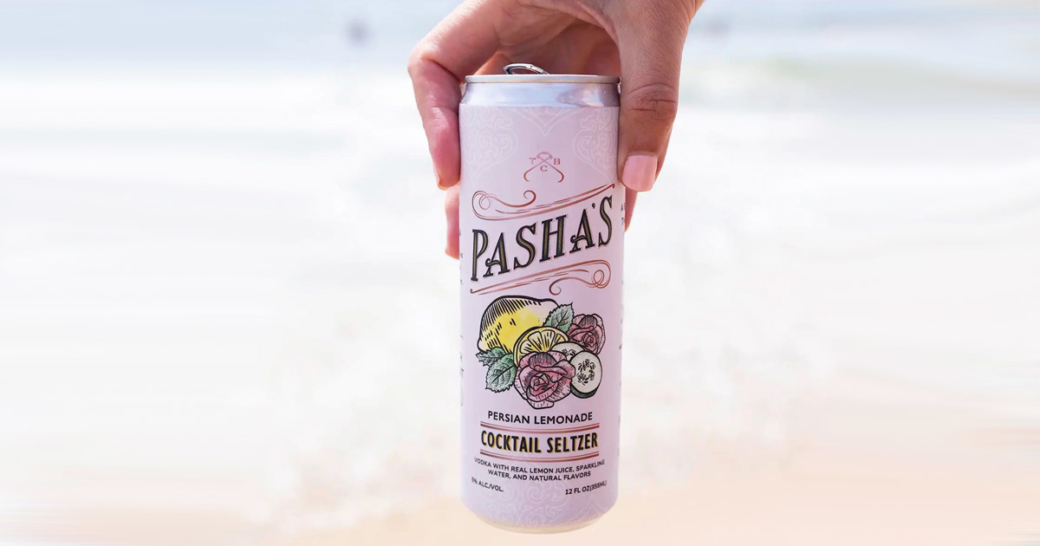 The Corebev Group announced the official release of its second product, Pasha’s Persian Lemonade. The company is launching its first release in a proposed lineup of 4 total cocktails under the Pasha’s brand.

This launch marks the company’s first release in a proposed lineup of 4 total cocktails under the Pasha’s brand. Pasha’s is available for purchase immediately on the company’s website, drinkpashas.com, and is made with Corebev’s Cylinder Vodka® (cylindervodka.com) along with fresh ingredients from around the world, including lemons from California, mint from Oregon, and rosewater from Lebanon. “We wanted to make sure that we were doing something different,” said CEO Stelios Stavrianos about his decision to co-create Pasha’s with social media mixology influencer Justin Pasha of The Cup Bearer (@the_cup_bearer), who has amassed an organic global following of nearly 60,000.

Pashas initially launched at The Greenwich Polo Club in Greenwich as a trial run and saw instant success building a grassroots following. The company hopes that this new product will help them differentiate and create a unique offering in a crowded canned drinks marketplace. “We are excited to bring our consumers an innovative and stylish new addition to our portfolio,” says Stavrianos. “This is just one small step towards achieving our goal of becoming a global beverage power player.”

Stelios and Justin started formulating Pasha’s in 2020 during the global Covid-19 lockdown. The two worked tirelessly to perfect the recipe and are on track to release the second iteration within the next few months. “We are just getting started,” said Stavrianos. “Our goal is to make Pasha’s the go-to brand for a new generation of canned cocktails that are meticulously made with real ingredients.”

Pasha’s Persian Lemonade is available for purchase immediately on the company’s website, www.drinkpashas.com.