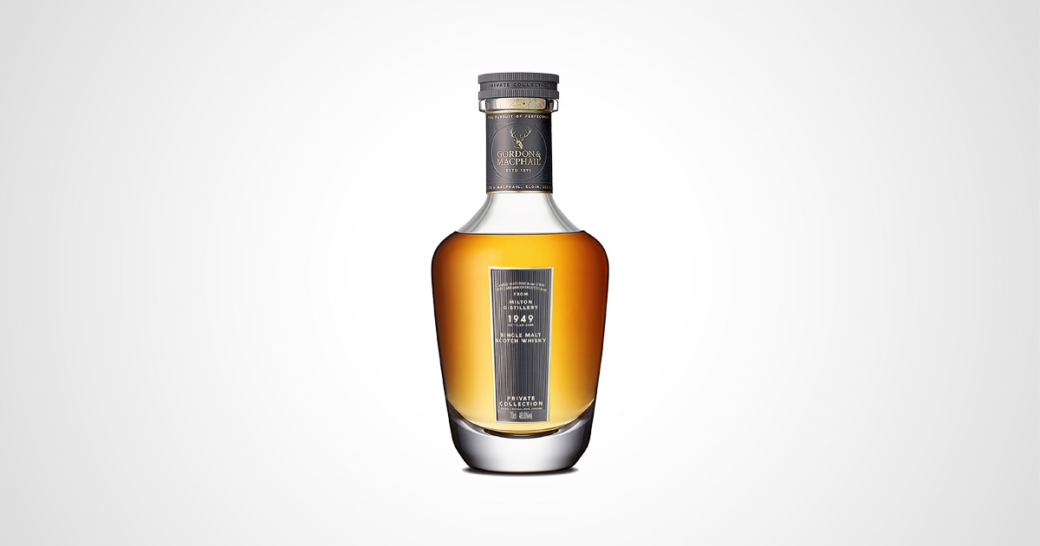 Matured in a cask filled for Gordon & MacPhail, the 72-Year-Old Gordon & MacPhail 1949 from Milton Distillery is exceptionally rare, with only 180 bottles available worldwide. The title pays homage to the distillery’s original name given by founder George Taylor, and it represents one of very few releases ever to carry the Milton name.

In the mid-1940s, the site was undergoing several changes in ownership which resulted in the eventual name change to Strathisla in 1951. The picturesque distillery, with its distinctive twin pagodas, has been in continuous production since the 1700s. Despite the varied challenges of the whisky industry including economic depression and war, Milton continued to operate even when the majority of whisky production was halted in the 1940s due to a post-war scarcity of barley. It was thanks to close ties with Milton that the precious spirit was entrusted to ‘Gordon & MacPhail’s to mature in a first-fill Sherry puncheon, where it would gently slumber for 72 years, finally bottled at a remarkable ABV of 48.6%. 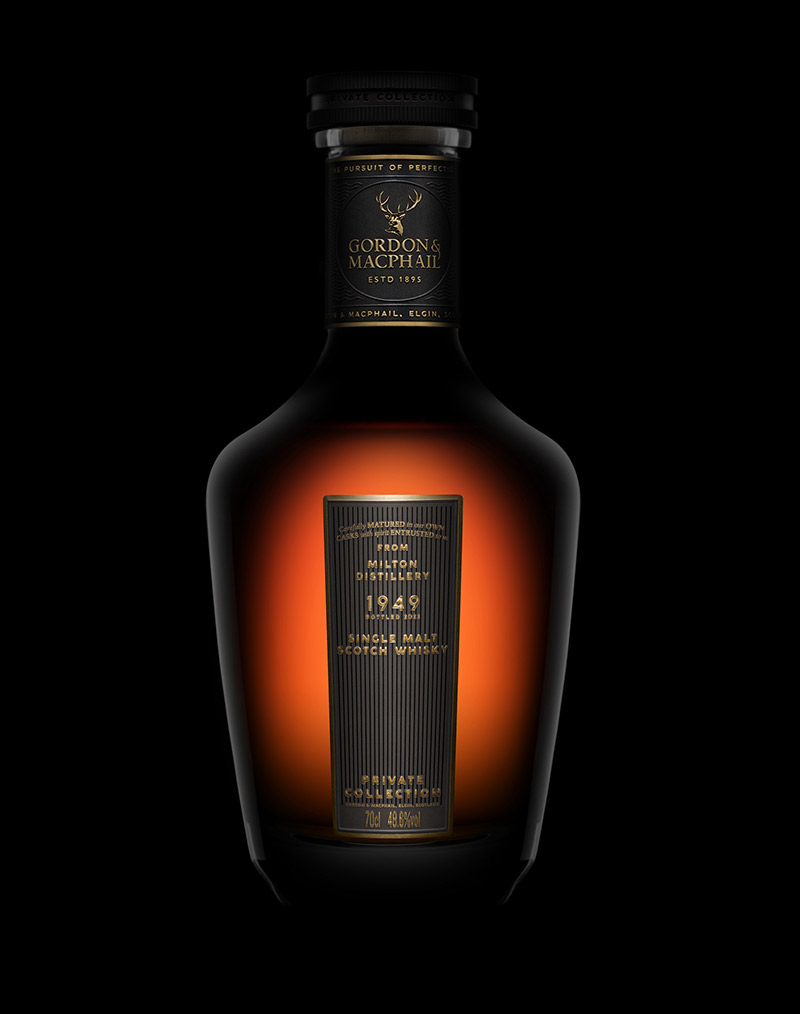 He continues, “Once again, Gordon & MacPhail has delved into the darkest recesses of their Elgin warehouse and come up with a unique chapter in Scotland’s liquid history. This is the first time in my career that I’ve sampled a whisky distilled at Milton Distillery – prior to it becoming known as Strathisla – which illustrates just how truly precious and important this release is.”

Ewen Mackintosh, Managing Director at Gordon & MacPhail adds: “Milton, or Strathisla as it is known today, has small copper stills with a distinctive shape that helps to give the spirit its rich, fruity and full-bodied character. Decades of experience led us to fill the spirit into a first fill Sherry puncheon for long-term maturation.

“Having carefully assessed its progress down the decades, we feel now is finally the right moment to reveal this landmark single malt to enthusiasts and collectors. In terms of rarity, this deserves true ‘icon status. A Gordon & MacPhail whisky of this age bearing the Milton name has never – and will never – be seen again. Its long maturation has seen the cask gift the spirit notes of toffee, spice and a hint of smoke not traditionally found in more modern Speyside releases.

“Whether it was produced under the name Milton or Strathisla, greatly aged single malts from the site have always been met with anticipation. Given that so few releases have ever carried the Milton name – and that this bottling represents the oldest and our last – we expect demand for the 180 decanters to be extremely high.”

*Prices in international markets may vary due to local taxes and import duties.

Flavours of butterscotch give way to bright citrus and nutmeg. Baked apple notes come to the fore alongside poached pear and honeycomb.

For over 125 years, Gordon & MacPhail has been driven by a simple mission: to create single malt Scotch whisky of exceptional quality. Through four generations of family ownership, the company has matched spirit from over 100 Scottish distilleries to its own bespoke casks. It is this unique depth and breadth of experience that enables Gordon & MacPhail to combine oak, spirit and time to create a portfolio of iconic whiskies found nowhere else in the world.