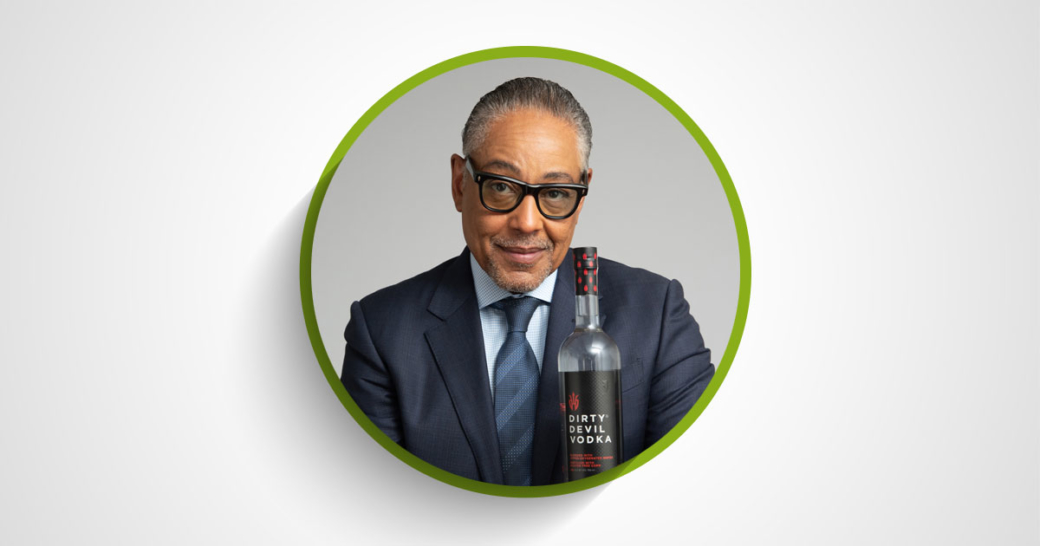 Esposito will serve as the brand’s chief storyteller as Dirty Devil Vodka® expands beyond its Quebec roots into 28 U.S. states. The U.S. launch also coincides with the arrival of Dirty Devil Vodka® at over 150 LCBO stores across Ontario, Canada. Behind the scenes, Esposito has been extensively involved in executive-level discussions with key distributor, retailer, and high-profile restaurant accounts across North America since late 2021.

The devil is in the details of engineered science and technology. Gluten-free Dirty Devil Vodka® is the first spirit in the world utilizing St. Lucifer’s proprietary hyper-oxygenated water process, which creates a uniquely opulent mouthfeel and smooth finish. The vodka is made with Canadian corn spirit distilled five times and filtered three times before blending with hyper-oxygenated water to a slightly devilish 42% ABV (84 proof). Leading independent spirits review firm BTI (tastings.com) recently lauded Dirty Devil Vodka® with a rating of 93 Points (Exceptional), one of BTI’s highest vodka ratings in the past five years.

“We are using innovative technology to create the smoothest and cleanest tasting vodka ever made. Giancarlo’s success in redefining complex character roles in fresh and edgy performances makes him the perfect partner to help us share Dirty Devil Vodka with the world,” explained François Tremblay, Founder of Dirty Devil Vodka®.

Giancarlo Esposito is best known for his standout roles in critically-acclaimed series Breaking Bad, Better Call Saul, The Mandalorian, The Boys, and Godfather of Harlem. Collectively, he has won a Critics’ Choice Award and received five Primetime Emmy nominations for these outstanding performances. He also has a passionate, engaged base of over 1.5 million followers on social media. Over the past year, longtime friends Esposito and Dirty Devil Vodka® CEO, Murray Merkley, have collectively developed branding and creative content to position Dirty Devil Vodka® as a premium, innovative vodka with great taste.

“As a true vodka lover not only am I honored but I am thrilled to be involved with such a revolutionary vodka brand that shares my passions for creativity, innovation, and being best of class,” said Giancarlo Esposito.

Dirty Devil Vodka® (www.dirtydevilvodka.com) uses innovative technology and craft production methods to create an ultra-premium-quality vodka with unmatched smoothness and great taste at an accessible price. Its intellectual property includes a proprietary “hyper-oxygenation” process to increase the amount of oxygen in the blending water to 5 times that of spring water, which helps to deliver a uniquely opulent mouthfeel and smooth finish. Dirty Devil Vodka® (42% ABV) has won gold or double gold medals at major wine and spirits competitions worldwide, and has received outstanding independent reviews by BTI (tastings.com) and DrinkHacker, among others. Dirty Devil Vodka® is produced by St. Lucifer Spirits, Morin-Heights, Quebec, and is imported by Trinity Wine & Spirits. Enjoy responsibly.

Giancarlo Esposito is a celebrated film, television, and stage actor, director and producer. Esposito is perhaps best known for his iconic portrayal of drug kingpin Gustavo “Gus” Fring in AMC’s critically acclaimed television series Breaking Bad and Better Call Saul, for which he won a Critics Choice Award and has received several Emmy nominations. He has also received two Emmy nominations for his ongoing role as warlord Moff Gideon in Disney/Lucasfilm’s series The Mandalorian on Disney+. Other notable roles include Stan Edgar in The Boys on Amazon Prime and as Adam Clayton Powell Jr. in Godfather of Harlem on EPIX. Esposito is the star and producer of the innovative crime series Jigsaw, currently in post-production and slated to launch on Netflix in 2022.

Giancarlo Esposito has also had starring roles in critically-acclaimed films including The Usual Suspects, Malcolm X, Do the Right Thing, Mo’ Better Blues, Desperately Seeking Susan, Ali, and King of New York. He is an enthusiastic promoter of the arts and education. Giancarlo Esposito is represented by ICM, Thruline Entertainment, Jackoway Austen Tyerman, and ImPRint.