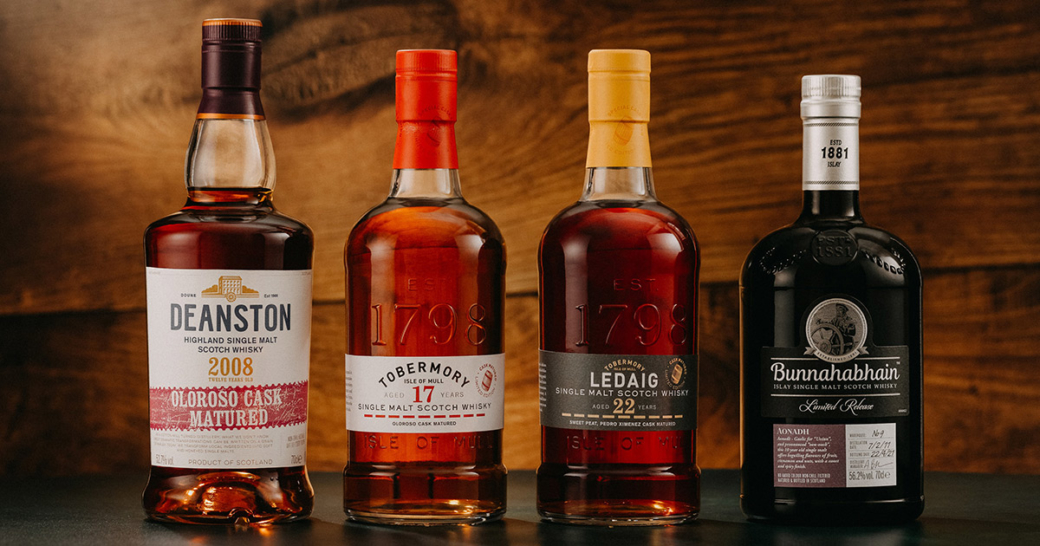 From Islay’s most remote distillery, Bunnahabhain, comes the 2011 Aonadh meaning ‘Union’ in Scots Gaelic, owing to its perfect blend of sherry matured and port finished whisky (56.2% ABV). The result is a rich, creamy and subtly spicy dram.

Acclaimed travel writer Robin McKelvie set off on a journey of discovery to Perthshire, Islay and Mull just as Scotland was emerging from lockdown. He visited each of the distilleries and met the people at their beating heart, working tirelessly in the background to keep production flowing whilst yearning to safely welcome visitors once again.

Robin’s visit helped to shape a compelling story series where his beautiful prose documented the period of the distilleries beginning to reopen to the public, brought to life across a short film. The launch of the film coincides with the release of the four limited edition expressions from Bunnahabhain, Tobermory and Deanston distilleries.

From the beautiful harbour in Tobermory to the rolling hills surrounding Deanston, to the peaceful haven that is Bunnahabhain Bay, Robin absorbed this character and heritage, crafting his experience into a beautiful piece of prose which formed the film’s script, voiced on screen by 12 members of distillery staff.

Julieann Fernandez, Master Blender at Distell said: “Each new expression showcases the very best of our single malt whisky portfolio here at Distell, passionately crafted by our distillery teams. Robin has created some beautiful prose that truly captures the spirit of each of the three distilleries, their link to the local communities and their surrounding landscapes – from the Southern Hebrides of Islay, the Inner Hebrides of Mull to mainland Scotland.

“To be able to tell the stories behind each distillery and showcase the team who have worked so hard behind the scenes to keep our whisky flowing, is a real honour for us. These film clips pay tribute to these teams and our distillery homelands.

“We’re incredibly excited to share these four wonderful, limited-edition whiskies with fans around the world, each with their own defining characteristics and flavour profiles, inspired by the very best attributes of our award-winning distilleries.”

All four limited editions will be available from 1st September 2021, and can be purchased via: