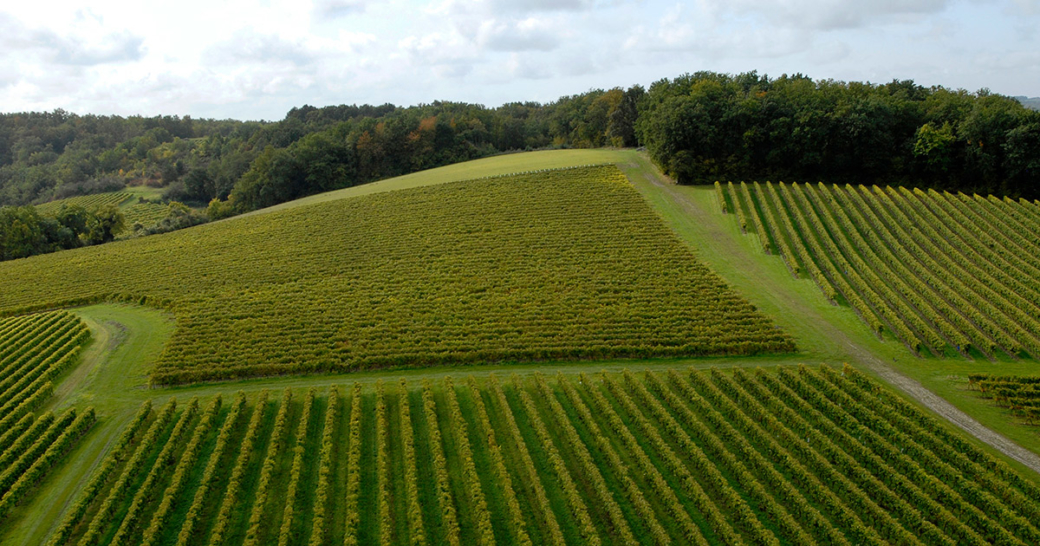 Following the launch of its “Good times from a good place” 2030 Sustainability and Responsibility roadmap in 2019, Pernod Ricard has been recognized for the strong progress it has made against key targets.

It has reached important milestones through the acceleration of ambitious goals, a clear focus on driving innovation and by amplifying the power of collective action with industry peers. The roadmap directly supports the United Nations Sustainable Development Goals (UN SDGs) and is based on four pillars: Nurturing Terroir, Valuing People, Circular Making and Responsible Hosting – addressing all aspects of the business and its value chain from ‘grain to glass’.

Awarded ‘Lead’ status by the United Nations Global Compact for the 3rd consecutive year Pernod Ricard has been acknowledged as one of only 40 Companies globally (and the only wine & spirit company) for demonstrating its ongoing commitment and progress in line with UN SDGs and its Ten Principles for Responsible Business. Since joining Global Compact in 2003, the Group has been active in several working groups that seek to bring greater alignment between businesses and sustainability.

Vanessa Wright, VP Sustainability & Responsibility, said, “These recognitions are very valued acknowledgements, supporting us on our journey of constant improvement. Our business actions and sustainability go hand in hand and working with UN Global Compact gives us an opportunity to strengthen our actions and learn from others.”

The Group was ranked 4th amongst its CAC40 peers in a new index which highlights the correlation between a company’s societal commitment and financial performance. Based on five key criteria relating to employees, partners, clients, reputation and society as a whole, the index uses 19 quantitative and qualitative metrics to reach its conclusions.

Official signatory of Business for Nature

In line with its ‘Nurturing Terroir’ pillar, Pernod Ricard is proud to have joined the Business for Nature coalition which brings together global businesses and organizations focused on protecting nature. Joining this coalition is an important step for the Group in continuing to make environmental protection, biodiversity and the preservation of natural ecosystems a priority in its 2030 roadmap. As part of its 2030 commitments, the Group is piloting regenerative and sustainable agriculture with farming partners as well as developing strategic biodiversity projects globally.

For Alexandre Ricard, Chairman & CEO of Pernod Ricard, “Our collective future depends on our global communities coming together to ensure a greener and more inclusive tomorrow.”

Pernod Ricard is the No.2 worldwide producer of wines and spirits with consolidated sales of €8,448 million in FY20. Created in 1975 by the merger of Ricard and Pernod, the Group has developed through organic growth and acquisitions: Seagram (2001), Allied Domecq (2005) and Vin&Sprit (2008). Pernod Ricard, which owns 16 of the Top 100 Spirits Brands, holds one of the most prestigious and comprehensive brand portfolios in the industry, including: Absolut Vodka, Ricard pastis, Ballantine’s, Chivas Regal, Royal Salute, and The Glenlivet Scotch whiskies, Jameson Irish whiskey, Martell cognac, Havana Club rum, Beefeater gin, Malibu liqueur, Mumm and Perrier-Jouët champagnes, as well Jacob’s Creek, Brancott Estate, Campo Viejo, and Kenwood wines. Pernod Ricard’s brands are distributed across 160+ markets and by its own salesforce in 73 markets. The Group’s decentralised organisation empowers its 19,000 employees to be true on-the-ground ambassadors of its vision of “Créateurs de Convivialité.” As reaffirmed by the Group’s strategic plan, “Transform and Accelerate,” deployed in 2018, Pernod Ricard’s strategy focuses on investing in long-term, profitable growth for all stakeholders. The Group remains true to its three founding values: entrepreneurial spirit, mutual trust, and a strong sense of ethics, as illustrated by the 2030 Sustainability and Responsibility roadmap supporting the United Nations Sustainable Development Goals (SDGs), “Good times from a good place.” In recognition of Pernod Ricard’s strong commitment to sustainable development and responsible consumption, it has received a Gold rating from Ecovadis. Pernod Ricard is also a United Nations Global Compact LEAD company.